High-level plots to cause destabilization in the Northern part of the country have been uncovered by military and security agencies.

Further findings revealed that an ex-governor of one of the North West states, a foremost monarch from the region, as well as opposition politicians are also involved in the deadly destabilization agenda.

Highly-placed sources, who spoke in confidence with our Correspondent, because of the sensitive nature of the matter, said already, strategy meetings to actualise the plan, have been held in Abuja. While one of the discreet meetings was held at the said North East Governor’s Lodge located in high-brow Asokoro area of Abuja, the nation’s capital, on December 10, another one was held at the Maitama, Abuja, residence of the former Governor also fingered in the plan to make the North ungovernable.

A prominent Northern youth leader was said to be present at the Maitama meeting, where the plot was further perfected. According to the dependable sources, violent protests have been planned to hold across the North, with consequential effect on governance, public order, and safety.

Specifically, the move is aimed as painting the government as weak and incapable of protecting lives and property of the people. There are also indications that the plotters may have concluded plans to enlist the support of separatist groups in the South, a development that may put national security in jeopardy.

“I can tell you authoritatively that plans have been concluded to destabilise the North of the country, by highly-placed and notable personalities.

“The development is more disturbing, because it is being sponsored by a serving Governor from the North West, his counterpart from the North East, and a former Governor from the North West. “A foremost traditional ruler, who is aggrieved that he has not been patronized by this government – by way of flying the presidential jet, appointed as emissary by the president, and not getting unfettered access to the president – is also involved in the plan”, one of the sources said. Another source, who spoke in similar vein, said: “Now, what will happen is that, these prominent forces intend to use an influential Northern youth leader, who will organize violent protests across the region, using women, youth and other groups.

“Already, the affected “comrade” has held town hall meetings with religious, youth, women as well as coalition groups in a state in the North West. “To put it succinctly, nonstate and Northern coalition actors have been recruited, and are on standby, to carry through with the evil plot.”

“It is all geared towards destabilising the North, paint a picture of the President and his ruling All Progressives Congress (APC) as being weak, while projecting the masterminds as the ‘messiahs’ needed to turn things around”. The source added: “For the first-class monarch, he is aggrieved, because he feels he has lost patronage.

“He hardly is in his state (domain these days; he may be getting what he thinks is being denied him at the presidency level.” “But, I want to assure you that the military and security operatives will not fold our arms, and allow this plot to succeed.

‘Politicians should learn to follow due process in actualising their ambition, rather than create tension in the country, and portray the government as weak’.

Tags
1 Ex-Governor To Destabilise North Uncovered High-level plots to cause destabilization in the Northern part of the country have been uncovered by military and security agencies. Plot By 2 Governors 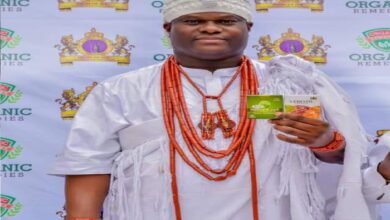 BREAKING: Nigeria govt reveals when it will reduce telecom data tariffs for all Nigerians 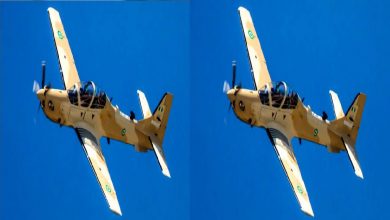