The Presidency has said that states’ judicial panels on police brutality and extrajudicial killings won’t submit their reports to the Federal Government.

The Lagos State Judicial Panel of Inquiry on Restitution for Victims of SARS Related Abuses and other matters had on Monday, November 15, 2021, submitted a 309-page report to Lagos State Governor, Babajide Sanwo-Olu.

In the leaked report, Justice Doris Okuwobi-led panel noted that at least nine persons were confirmed dead at the Lekki toll plaza when soldiers stormed the tollgate to disperse EndSARS protesters on October 20, 2020.

“The atrocious maiming and killing of unarmed, helpless and unresisting protesters while sitting on the floor and waving their Nigerian flags and while singing the National Anthem can be equated to a massacre in context,” the report partly read.

Sanwo-Olu, who received the report, constituted a Committee to bring forward a White Paper within the next two weeks to be considered by the Lagos State Executive Council.

The submission of the Lagos judicial panel report coincided with the visit of United States Secretary of State, Anthony Blinken, to Abuja, Nigeria, last week.

Nigerian President, Major General Muhammadu Buhari (retd.), had told Blinken that his regime would allow the system to exhaust itself, and would, therefore, wait for pronouncements from state governments that set up panels to probe police brutality in the country.

Speaking on the television programme today, Adesina said the reports by the states’ panels won’t be submitted to the Federal Government.

Adesina said the Federal Government would then look into areas of interest in the report and address the areas.

The presidential spokesman said Nigerians should be reminded that 36 policemen were killed around the country during the EndSARS protests last year and the perpetrators should be held accountable.

He also said America has its fair share of police brutality, adding that it was not just a Nigerian thing but a global phenomenon. 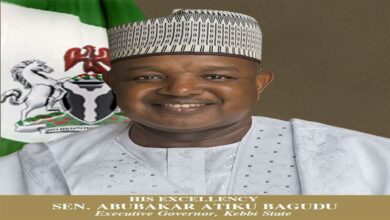