Arch. Setonji Koshoedo, is the Deputy National Secretary-elect of the Peoples Democratic Party (PDP). The former Lagos state chairman of the PDP and former member of the House of Representatives speaks in this interview with TEMIDAYO AKINSUYI on the outcome of the party’s just concluded national convention, what the PDP must do to win the 2023 presidential election and other sundry issues. Excerpts:

What is your take on the outcome of the National Convention of your party held last weekend?

For me, it’s one of the best convention, if not the very best that PDP ever had. The organising committee was well focused; very organised to surmount challenges. To be able to achieve consensus in most positions is not easy. It showed how effective the committee was. It was a great success.

Many people had thought the convention may be rancorous given the events that preceded it, that is the leadership crisis in the NWC. Were you surprised at the peaceful outcome?

I must confess I was a bit scared too. Though not expecting violence as in APC. But I got relieved of my fears when I saw the way the handlers of every zone were managing aspirants for consensus. I’m not surprised because the committee had worked hard to assuage any problem.

What should Nigerians expect from you as the Deputy National Secretary-elect of the party?

The main focus of any political party now should be to rescue Nigeria from the mess. As the Deputy National Secretary, I will simply work with other NWC Members to provide quality office leadership that can help to rescue Nigeria.

How will you assess President Muhammadu Buhari’s performance in the areas of fighting insecurity, war against corruption and revamping the economy?

It’s so glaring that Buhari’s government has failed in all these sectors. Life is no more safe for the ordinary Nigerians. Inflation rate is so high. And corruption seems to be the order of the day. You can assess this government by just looking at the faces of people on the streets. Most people are so frustrated and dejected. It’s a total failure.

How confident are you that INEC will deliver a free, fair election in the 2023 election?

INEC supposed to be independent, but sincerely I’m yet to be convinced they will be free and fair in 2023 election. May be because I’ve been a victim of INEC fraudulent act in the past. They sound positive with their disposition towards electronic transfer of result though, but let’s wait and see, events can prove me wrong.

Do you really believe that the PDP will return to power in 2023?

Yes. I strongly believe so. PDP is the only party that has the structure to subdue APC. Any other party or third force is a waste of time. Also, in terms of political ideology and networking, even resources wise, you can be sure PDP will match APC in whatever way. If we can manage the selection of our candidates the way we did in the convention, I’m sure we will take over power in 2023.

As a former state chairman of PDP, why do you think it has been difficult for your party to win the governorship election in Lagos State since 1999?

Firstly, let me correct the impression that it’s been difficult to win. We have actually won like twice, but the victory was stolen from us. Lagos PDP has capable hands and the people of Lagos love PDP more than APC or any other party. However, we have failed to face our challenges with common front. That is the problem that has deprived us of victory.

How will you use your current position to help the party in Lagos, especially in resolving the leadership crisis in the party?

We are having problem in Lagos because people could not relate with themselves in love. I will make myself a bridge builder to help establish good relationships among everyone, leaders and followers alike. I will also try to improve communication and build trust between conflicting people and groups. I believe the kind environment that enhances peace and unity to achieve our goals will be created by this.

Some people believe that PDP can’t win Lagos state as long as Asiwaju Bola Tinubu is holding sway in APC. How true is that notion?

This is not true at all. The environment and the people cannot be better ready for us. And we’ve actually been winning before. All we need to do is to block every means that can make them defraud us. Tinubu or no Tinubu, Lagos PDP is ready to take over.

As part of tackling the insecurity challenges, do you support by the granting of amnesty to bandits?

Well, even God forgives sinners. Isn’t it? But which sinners does God forgive? Repentant ones. Are the Nigerian bandits repentant? It’s not enough for bandits to just confess their sins, government must be sure that they have truly repented before granting them amnesty. There many social and scientific ways of knowing if they have repented. Government should explore all possible ways before considering any amnesty for any bandit.

Which qualities should the PDP look for in choosing its presidential candidate?

The main focus of PDP as shown in our theme for the last convention is to rescue Nigeria. Nigeria is in a mess and the president has the key role to play to get us out of the mess. PDP presidential candidate must not only have knowledge, but also have good leadership skills to navigate Nigeria back on track to achieve the dreams of the founding fathers.

Do you think Governor Babajide Sanwo-Olu has done well to merit reelection?

No Lagos State governor has done well enough to merit reelection. Achievement in government is not only in physical things, but also in the non-physical. How do people fare under a government matters? The social development index of Lagos State is low. The state is being ran by capitalist, so what they care about is the cash flow. That’s why we have multiple and over taxation. A governor that has turned governance to business is not fit to be reelected.

How did you received the news of the 21-storey building collapse in Gerrard road, Ikoyi on November 1?

It’s so unfortunate that such is reoccurring. It simply as a result of negligence of the government. This is not the first time a building collapsed in Lagos, why hasn’t the government taken necessary steps to such again. The government of Lagos should be proactive and innovative in providing solutions to problems. This they lack.

As a Lagosian, what do you think the government should do to prevent further occurrence?

A fresh review of the Building Code is very necessary. Past reviews were focused on how to make more money for government or their cronies rather than solving project development problems. There is need to check every stage of building production to proffer the best way to handle the processing. The government should also remove the bottle necks that frustrate builders. The unnecessary hindrances make developers to cut corners and must be removed. These and thorough monitoring for compliance will help to prevent further occurrence. 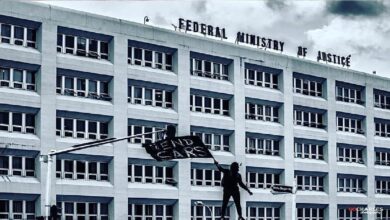