With zero local refining capacity, the federal government is expected to spend about $1.35 trillion on subsidizing imported petrol between October this year and June 2022, when the Treasury Department said the wasteful and opaque subsidy regime would officially end.

According to the Group Managing Director of the Nigerian National Petroleum Corporation (NNPC), Mr. Mele Kyari, the Federal Government spends as much as N140 to N150 billion to subsidise Premium Motor Spirit (petrol), monthly, a development opposed by the World Bank and other international lenders who have advised the government to channel such funds into other critical sectors of the economy.
According to Kyari, the open price of petrol has risen to N256 per litre, while the retail price is pegged at N162 per litre.

This implies that the government is subsidising the product by N94 per litre.

He said: “If we are to sell at the market price today at current exchange rate, we will be selling the product at about N256 to a litre. What we sell today is N162, so the difference is at a cost to the nation.

“The difference comes back to as much as N140 billion to N150 billion cost to the country monthly.

“As long as the volume goes up, that money continues to increase and we have two sets of problems to face, the problem of supply and foreign exchange for the NNPC.

We may not see foreign exchange cheque taking place for importation,” he said at a recent television interview.

Using the higher band of N150 billion monthly subsidy payouts, it implies that the federal government has spent N1.35 trillion on petrol between January and September this year.

Experts insist that the country is bleeding heavily as it borrows to make petrol cheap and have amplified calls to ditch the subsidy regime as it only benefits the rich.

More so, with the price of crude surging, analysts say the subsidy figure could exceed N1.5 trillion by the end of 2021. Added to that, the Director General of the budget office, Mr. Ben Akabueze, said the government is going to spend an additional N300 billion over the course of the year to maintain power tariffs that do not reflect the cost of producing and distributing electricity.

The World Bank reckons that hefty subsidy payments amid opaque arrangements is robbing the country of funds needed to be channeled into education, health and agriculture as they remain strong pillars of economic growth.

According to the World Bank’s Country Director for Nigeria, Shubham Chaudhuri, if petrol prices are not allowed to be dictated by market forces, subsidies could cost the NNPC almost N3 trillion over the next 12 months.

The NNPC has repeatedly assured Nigerians that it would maintain its current ex-depot price of petrol until the conclusion of ongoing engagement with the organised labour and other relevant stakeholders.

Labour has threatened to ground the country if petrol price rises above the current level as it would worsen the woes of already distressed Nigerians.

Brent crude has climbed steadily in recent weeks and currently stands at $86 a barrel. This has led to worries that subsidy payments will also rise.

Meanwhile, the Petroleum Products Marketing Company (PPMC) has said the full deregulation of the petroleum downstream sector will save Nigeria N12 trillion in four years.

The News Agency of Nigeria (NAN) reports that the conference has as its theme, “Nigerian Downstream Oil and Gas Sector in Transition: Getting Set.”

He said: “At $80 crude oil, 60 million litres daily consumption and N411 to a dollar foreign exchange, PMS subsidy will be N138 per litre.

Abdullahi said the savings made from the removal of subsidy on petrol could be channelled to other critical areas such as infrastructure, health care and education.

He noted that the removal of subsidy would make the price of petroleum products in Nigeria at par with its African neighbours and discourage smuggling.

According to him, with the signing of the Petroleum Industry Act (PIA), the country is moving towards full deregulation of the downstream sector which will attract more investments.

He said: “The PIA has provided an enabling environment to attract investment, ensure fair competition for operators and fair price for consumers and producers to ensure industry stability.

“The fuel market is expanding in view of the emerging gas opportunities. Investors and existing players should seize these opportunities to create value for all stakeholders.” 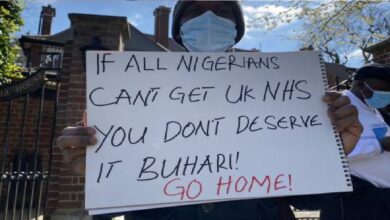