Nigerian Communications Commission has advised telecom subscribers not to allow their National Identification Numbers to be linked to another person’s Subscriber Identity Module cards.

A statement quoted the NCC as disclosing this during the 3rd run of its Telecom Consumer Town Hall aired on radio.

Speaking on ‘the Benefits of NIN-SIM Integration’, the NCC Director, Consumer Affairs Bureau, Efosa Idehen, said “On no account should a telecom consumer, however circumstanced, allow another person to register a SIM with another person’s NIN.”

He said this advice was meant to protect the true owner of the NIN from any liabilities or negative consequences arising from use of other person’s SIM.

During the radio programme, the NCC further stressed that the deadline for NIN-SIM integration remains October 31, 2021. 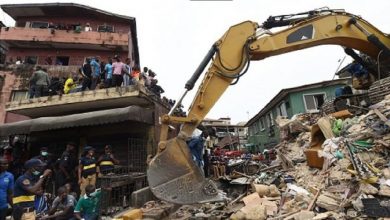 BREAKING: Many Trapped As 21-Storey Building Collapses In Lagos