The Chairman of the Nigeria Governors Forum, Governor Kayode Fayemi, stressed that the governors of the Southwest remain determined in their demands for multi-level police mechanisms to solve the problem of the current inefficient federal police structure.

In making Amotekun thrive, Fayemi said the South-West governors were committed to continuous collaboration in terms of gathering and sharing intelligence to stem criminality and brigandage in the various states of the zone.

Fayemi said governors who are called Chief Security Officers were distressed because they had limited control over institutions constitutionally empowered to enforce security in their domains.

On fears of governors abusing powers, he said there was the Nigeria Police Council that should superintend over state policing and is constitutionally empowered to curtail excesses of state governors in terms of misuse of powers given to them.

Fayemi said: “We need a more localised federal power structure. We have started this here in the South-West with Amotekun. It is our mini-response to the growing challenge but ultimately, our vision is that Amotekun will become our state police. And we will continue to collaborate among ourselves, gather intelligence, share intelligence that will be of benefit in stemming the tide of criminality and brigandage in our various states.

“Even at the leadership level, we are distressed too partly because of the defective nature of our federal union which sometimes give authority without power. We are Chief Security Officer in our various states but the extent to which we are able to control the levers of security particularly the institutions that are constitutionally empowered to enforce security in our domains is one that we don’t want to start discussing yet it is at the heart of this challenge we are dealing with.

“At the level of the Nigeria Governors Forum, we have been insistent in a quite consistent matter that unless we approach the Nigerian security framework from the prism of a multilevel policing arrangement, we are not going to get to the bottom of this.

“There are many of our governors from all parts of the country who are advocates of multi-level policing as well because they have seen the result of the ineffective nature of federal policing in their own jurisdiction and they insist that we need to be in charge of security.

“We have a provision in the Nigerian constitution called the National Police Council which hardly functions except when we want to appoint the Inspector General of Police.

“The 36 governors are members; it is presided over by the President; the Chairman of the National Police Commission is there; the Inspector General of Police is there. This ought to be the body that superintends over state policing.

“One argument that objectors to multi-level policing put up is that the governors will use the powers to hound the opposition, to promote themselves and protect whatever they are doing. That may be true but you also know of the misuse of the federal police. So, anybody can misuse any powers given to them. 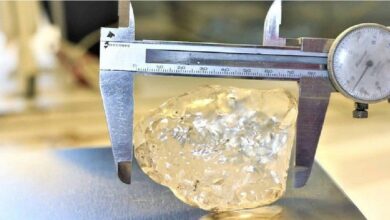 One of the world’s largest diamonds found in Botswana