I Am ‘Unrepentant PDP Leader,’ Fayose Speaks After Visit To Tinubu – Globalgistng

Former Ekiti State governor Ayodele Fayose has said his visit to former governor of Lagos State and a leader in the ruling All Progressives Congress Bola Tinubu was on health ground.

Tinubu returned to Nigeria earlier this month after spending weeks in London recovering from a knee surgery.

Fayose, a member of the opposition People’s Democratic Party, visited Tinubu at his Bourdillon, Ikoyi, residence on Tuesday. Many thought his visit could be in connection with Tinubu’s rumoured ambition to succeed President Muhammadu Buhari.

The PDP chief, however, cleared the air about his visit to the APC leader.

“To those negative political analysts, this visit notwithstanding, I remain an unrepentant PDP leader and key stakeholder,” Fayose said in a Facebook post on Tuesday.

He suggested that despite their political differences, Tinubu was still deserving of his visit, noting that “politics should be about love for each other.”

“Health issues know no political party and in this part of the world, we seldom celebrate people when they are alive,” Fayose said. “Rather, we like to sign condolence registers. To me, that is not the best way to live.”

Fayose, perhaps, is the highest-profile opposition figure whose visit to the APC leader has been made public.
In February, the former Ekiti governor said he will never defect to the APC, insisting that the ruling party has nothing to offer him.

However, in 2009, he supported the APC governorship candidate in the state, Kayode Fayemi, against Segun Oni who was the candidate of the PDP.

“I’m over 60. What do I want to become? I was governor at 42. All the opportunities anybody could offer, PDP offered me,” Fayose said on Channels TV’s Sunday Politics in February.

“I will not go to APC. What is missing? Some people choose to be dishonourable. Not me. I will rather go and be the husband of my wife, Feyisetan Fayose, and my son.”

In an exclusive interview with Daily Independent in April, Fayose said he rejected overtures by Tinubu for him to join APC.

““In 2009, I supported Governor (Kayode) Fayemi openly. Asiwaju Bola Ahmed Tinubu did everything, asking me to come to APC but I said no,” 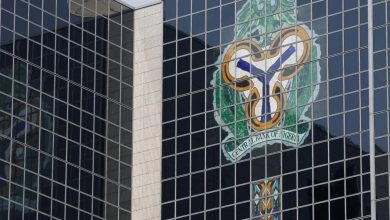