The Ekiti State High Court has ordered that a student activist, Moyinoluwa Olowoyo, be remanded at the Police Headquarters over his participation in #EndSARS protest last year.

The father of the activist, Mr Olowoyo told SaharaReporters on Wednesday that the court ordered his son to be remanded till Friday.

“After a lot of struggle between the lawyer and the judge, he (Moyinoluwa) was asked to be remanded at the (Police) Headquarters till Friday. We are still in the court. The lawyer has promised to perfect his bail conditions but we don’t know how much his bail is at the moment. We don’t have any money to pay for the bail. I have been disturbed a lot,” he said.

SaharaReporters had on September 16 reported that Governor Kayode Fayemi of Ekiti State and the Attorney-General of the state again charged Moyinoluwa to court for his participation in #EndSARS protest last year.

The #EndSARS protest was championed by Nigerians youths last year to call for the disbandment of a brutal police unit, Special Anti-Robbery Squad (SARS).

According to a court document obtained by SaharaReporters, the Ekiti State Government as the complainant, alleged that Moyinoluwa conspired to commit an offence of malicious damage on October 18, 2020.

Last year, Moyinoluwa was also arrested by the police and secretly moved to the Police Headquarters, Abuja, where he was detained for 30 days without trial.

However, after pressure from Nigerians, the police moved him back to Ekiti, where he was detained before his arraignment in November 2020.

He was arraigned at a Magistrate Court and charged with arson.

At his arraignment, the magistrate, Abdul Lawal, granted Moyinoluwa bail in liberal terms.

He was able to perfect his bail condition and was set free by the police.

“This is draconian for an innocent guy being framed over #EndSARSProtests! Governor Kayode Fayemi, we won’t forget the injustice meted out to these youngsters,” he said.

But about 10 months after regaining his freedom, the Government of Fayemi filed another suit at the High Court sitting in Ado Ekiti, the state capital to ensure another illegal detention of Moyinoluwa.

A top source privy to the matter recently told SaharaReporters that Governor Fayemi and his Attorney-General and Commissioner of Justice, Wale Fapohunda “are hell-bent on victimising (Moyinoluwa) Olowoyo”.

The court document read in part, “The court is informed by the Attorney-General on behalf of the State that Moyinoluwa Victor Olowoyo is charged with the following offence:

“Moyinoluwa Victor Olowoyo with others at large on or about the 18th day of October, 2020 at Ado-Ekiti within the jurisdiction of this Honourable Court did conspire together to commit an offence to wit: Malicious Damage.

“Moyinoluwa Victor Olowoyo with others at large on or about the 18th day of October, 2020 at Ado-Ekiti within the jurisdiction of this Honourable Court did destroy the vehicle of the press crew of the His Excellency, the Governor of Ekiti State.” 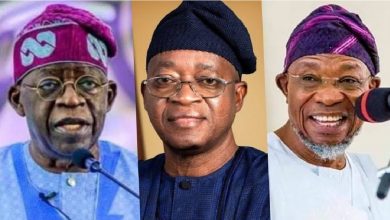 Osun 2022: What Tinubu said while handing Oyetola to me – Aregbesola 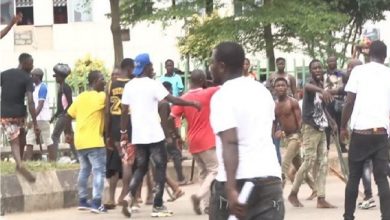