How Nigerian Army Handed Chinwetalu Agu Over To DSS – Globalgistng

The Nigerian Army has handed over Nollywood Veteran actor, Chinwetalu Agu to the Department of State Security Services, DSS for further investigation.

According to Nwonwu, Agu is presently in custody of the Department of State Services (DSS).

“Chiwetalu Agu is still not free. He is with DSS now. Colleagues say they are looking for a top lawyer to bail him,” Nwonwu wrote on his known Facebook page on Friday.

Recall that there were widespread reports on Friday that Agu had been released by the Nigerian Army, following his arrest on Thursday, for wearing Biafra regalia.

Agu was arrested in Onitsha, Anambra State. His manhandling and subsequent seizure was strongly condemned by majority of social media users. The army came out to say it arrested Agu for soliciting support for the proscribed separatist group, Indigenous People of Biafra (IPOB).

A statement put out by the Director Army Public Relations, Brigadier General Onyema Nwachukwu had said: “Troops of Nigerian Army (NA) have arrested one Chiwetalu Agu while inciting members of the public and soliciting for support for the proscribed Indigenous People of Biafra (IPOB).

“Dressed in a very well known attire of the proscribed group, Chiwetalu Agu was picked up for questioning while inciting members of the public to join the proscribed group. Though he attempted puting up some resistance when troops made effort to take him into custody, he was not assaulted or subjected to brutalization.

“While the NA recognizes the inalienable rights of the citizenry to freedom of movement and expression as enshrined in the Constitution of the Federal Republic of Nigeria, it is apparently a violation for any individual or group to incite the public to cause mayhem or break down of law and order. It is therefore pertinent to state that while exercising such freedoms, it must be done within the confines of the law, bearing in mind the imperative for peace, and national security.”

But now, a top media practitioner has claimed the entertainer has still not regained freedom

The comic actor was instead handed over to the Department of State Security Service, DSS.

When contacted, the spokesperson of the Secret police, Dr. Peter Afunanya(PhD.), confirmed that the Army handed Agu over to the service. 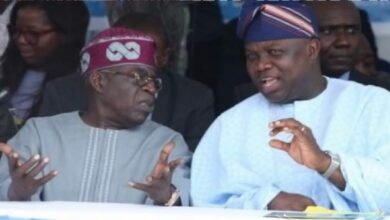