The people of Oyo town in Oyo State were in awe when they allegedly discovered that an old tree that reportedly fell on Monday night and killed about four persons had risen up.

Residents disclosed on Wednesday that the fallen tree whose branches had been hewn, mysteriously rose back on Tuesday.

Sources said that the Odan tree, which was auprooted by violent wind during a downpour on Monday, was back standing firmly rooted to the ground where it had been uprooted a day earlier.

In photos and videos which were circulated online, the root of the tree was visibly uprooted, while the trunk was lying on the ground.

The branches were also cut off; but the trending photos and videos show that the tree was allegedly firmly rooted on ground though there were no leaves on it and the branches that had been cut off were not attached to the trunk.

The alleged bizarre sight had turned the scene to a tourist attraction as residents trooped to the place to see the reported wonder.

The Alaafin of Oyo, Oba Lamidi Adeyemi, was said to have gone to the scene to commiserate with the families of the people who died when the tree fell on its victims.

The monarch’s media aide, Bode Durojaye, when contacted on the phone, said that the king went to the scene to commiserate with the bereaved families and to see the alleged wonder.

Durojaye said, “He went there. The fallen tree rose back again mysteriously. Kabiyesi condoled with the people there over the sad incident.”

It was earlier reported that the tree fell on Monday evening when the victims who were mostly traders at the Sabo Market took cover under it. The rain reportedly started at about 4 pm.

Chairman of the market, Akeebu Alarape, said four different loggers invited to cut the tree did not succeed until a fifth logger was able to cut parts of it before the rescue operation could begin.

The Head of Operations at the Western Nigeria Security Network, a.k.a Amotekun Corps, in the Atiba area, Akeem Ojo, said the tree fell on the victims around 6 pm.

“Bodies of a female student at the Federal College of Education (Special), Oyo; a woman with a baby strapped to her back and a boy she was holding, were pulled out from under the tree.

“One person was seriously injured and taken to a private hospital in the area, while motorcycle and mini buses parked under the tree were damaged,” Ojo added.

Watch the video shared by instablog: 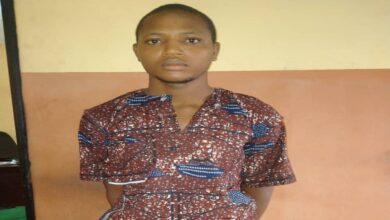 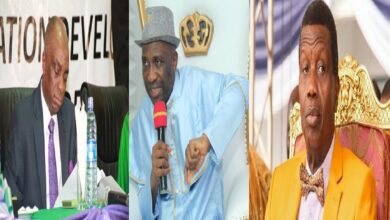 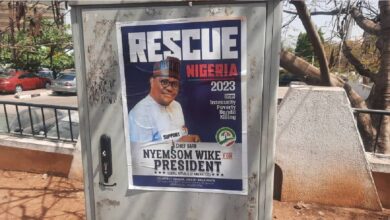 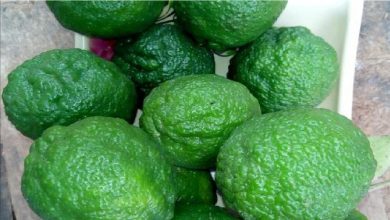 If You Do This Regularly, You Are Unlikely To Get Sick