Amid deepening differences between the Northern and Southern governors over the 2023 presidency and Value Added Tax, VAT, Former Emir of Kano, Sanusi Lamido Sanusi has stated his position.

Sanusi speaking on Arise Tv on Friday, the former Emir said the implication of having tax at states is going to lead to multiple taxations and increase the cost of products.

The former Emir, however, noted that although he’s an advocate of less money at the centre, the governors slamming the federal government are also guilty of not distributing funds to the local government.

He said, “I don’t want to talk about this matter because it’s in court but what we need is to learn how to distribute our resources properly.

“I’m a strong advocate of less money at the centre because this puts too much concentration on money from Abuja but the bulk of this Tax problem comes from not implementing what we have.

“These governors fighting for VAT are extremely undemocratic they hold on to money meant for the local government yet keeps complaining.

“The state governors complain what federal government do to them but don’t care about what they do to the local government, thereby ignoring the constitution.

“ Let’s make what we have work and we’ll see this constitution is not that bad. 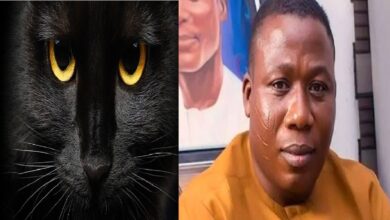