This is as the Commission insisted that obtaining approval from the Nigerian Communication Commission (NCC) and NASS to implement electronic transmission of election results would be in breach of the Constitution.

INEC, in a 25-page document titled: “Position Paper No. 1 of 2021 on Electronic Transmission of Election Results,” released yesterday in Abuja, said contrary to misconceptions, it has developed adequate structures and processes to successfully transmit election results electronically.

In the document signed by its Chairman, Prof. Mahmood Yakubu, the commission said the electoral umpire’s position on the subject matter was necessary, due to recent debates over provision of Clause 52 (3) of the Electoral Bill 2021, regarding the electronic transmission of election results.

It argued that none of the sides in the controversy appears to substantially question the desirability of electronic transmission of election results, noting that only INEC’s preparedness and capacity of national infrastructure were questioned.

“This is particularly the case regarding the level of understanding of the position, requirements and preparedness of INEC on the question. It is curious that the perspectives of the Election Management Body on this very important issue of election management remain either completely absent in the debates or at best misconceived. This is a major missing link in the debates and this position paper seeks to address it,” INEC stated.

Continuing, INEC said: “Our position is not meant to support or undermine any side in the ongoing debates. Our understanding is that as a responsible corporate citizen, particularly one whose constitutional responsibilities are at stake, INEC should lend its voice to such a momentous issue of public concern.

“As such, INEC’s intervention in these debates, particularly through this position paper, should not be misconstrued as denuding the powers of any other agency or authority to perform its functions or to hold views on the issues in questions that are contrary to those of the Commission.”

The electoral umpire argued that e-transmission of results would improve the quality of election result management, and that its engagement with stakeholders shows that the Nigerian public supports it.

“Consequently, if the choice was up to INEC, the Commission prefers to transmit election results electronically, once the necessary legal framework is provided,” it said.

INEC maintained that it had developed a longstanding partnership with several government agencies and organisations in its determination to establish a world-class electoral process, insisting that its collaboration with NCC and Mobile Network Operators (MNOs) should be seen in this regard.

“Consequently, while INEC needs the partnership of NCC to transmit election results electronically, it does not require its approval. In fact, Section 160 of the Constitution empowers INEC to “impose duties” on other Federal Government agencies in the discharge of its functions…”

On the state of infrastructure required to transmit results electronically, the Commission disclosed that the INEC/NCC Joint Technical Committee on “Electronic Transmission of Election Results” established in 2018 found that mobile networks adequately covered 93 per cent of INEC Polling Units, with capacity to cover the outstanding seven per cent, adding that the argument that 2G cannot transmit election data was incorrect.

It said the MNOs and the NCC were aware that only 2G Network existed in some places in the country, when in 2018, they concluded that electronic transmission of results was possible.

The electoral umpire noted that the committee had allocated Polling Units to the four major mobile network operators – Airtel, Glo, 9Mobile and MTN – for the purpose of transmitting election results.

“Based on the foregoing, INEC is convinced that the nation has the infrastructure to implement electronic transmission of election results. The MNOs have the capacity to do so, and network coverage across the country is adequate and secure.”

Rather than the ongoing controversy, the Commission said what is urgently required is a legal framework that enables, rather than inhibits electronic transmission of results, including full electronic voting generally.

“There should be broad provisions that enable the Commission to introduce relevant technologies at the right time. Consequently, provisions that refer to specific technologies, such as the Smart Card Reader, which could become obsolete, inapplicable or irrelevant in future, should be avoided.”

INEC said sections of the Electoral Act that entrench the manual processes should be amended to make both manual and electronic methods legitimate and discretionary for the Commission.

Protests In Ibadan Over Alleged breakaway Agenda Of Yoruba Nation 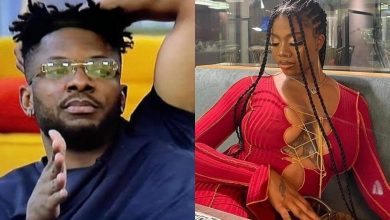 BBNaija: What Cross said about making love with Queen 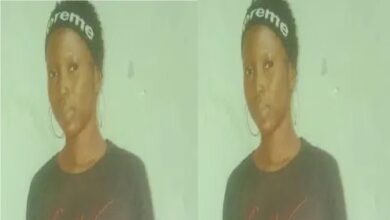