Godwin Emefiele, the governor of the Central Bank of Nigeria (CBN) says the apex bank will track Blogger Oniwinde Adedotun, the founder of AbokiFX and the firm over the posting of illegal naira-dollar rates.

AbokiFX is a web platform that reports movements in the foreign exchange market since as early as 2014.

On the platform, the naira is quoted at 570 to the dollar at the parallel market, though the apex bank had described it as an illegitimate market.

“The only exchange rate remains the I&E window, which is the market we expect everybody who wishes to procure or sell forex to get it,” TheCable quoted Emefiele as saying.

“I am sorry to say that I do not, and I do not intend to recognise any FX in the market.

“Go to your bank. Even if your limit is above what the bank is selling, put it forward, and we will look into it. If you want to sell the dollar, go to your bank and sell it.”

Emefiele said the apex bank had been investigating the abokiFX website and its owners in the last two years.

“We have been studying the activities of abokiFX in the last two years,” he added.

“There was a time we asked our colleagues to call the abokiFX to ask how he conducts the rates. He is a Nigerian, living in England, we will track him. Mr Oniwinde, we will track you. We cannot allow you to continue to kill our economy.”

The CBN governor added that abokiFX was registered in the United Kingdom in November 2015, and it was owned by one person, who claimed that there were other people with significant interests behind the business.

“On UK filing, we will go and conclude the investigation,” the CBN governor said.

“He has over 25 bank accounts in Nigeria — both naira and dollar — collecting FX through a particular ATM in London.”

Emefiele alleged that Oniwinde uses his website for forex manipulations and speculations by purchasing forex to make a profit.

“It is completely illegal and unacceptable,” the governor added.

Meanwhile, abokiFX, a web platform that reports movements in the foreign exchange market, has suspended operations as the Central Bank of Nigeria (CBN) placed its owners on investigations.

The platform said this in a notice posted on its website on Friday.

But in a statement on Friday evening, abokiFX distanced itself from the allegations, saying the platform is solely for parallel rate information and not trading.

“abokifx has taken the decision, today, 17th of September 2021, to temporarily suspend rate updates on all our platforms until we get better clarity of the situation,” the statement reads.

“Final rates have been posted this evening, but the abokiFX news section and the Crypto rates section will still be active.

“abokiFX does NOT TRADe FX, which we have always maintained in our emails and social media platforms.”

The platform said it has not received any official communication from any government agencies and its accounts intact.

“All allegations against our director are yet to be confirmed but we at abokiFX DO NOT trade FX neither do we manipulate parallel market rates”, the statement adds.

“Outside the media allegation, we have not received any communication from any government body and our accounts are not closed as stipulated in the media.

“abokiFX is fully functional BUT we will not be publishing any form of rates on our platforms for now.

“We sincerely hope this suspension will lead to the Naira appreciation from next week.

“With our decision to temporarily suspend online rate publication, we are aware that there will be limited visibility of parallel rates information which will impact decision making for many.” 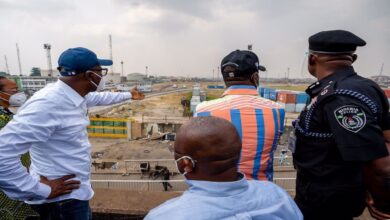 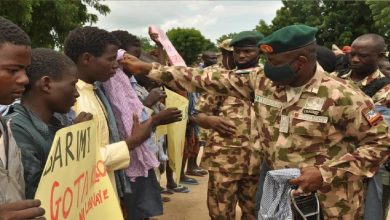