While Katsina continues to struggle with many security problems, Governor Aminu Masari says he was wrong to believe that the bandits repented when he granted them amnesty many years ago.

“The only thing I say is with the benefits of hindsight, I wouldn’t have done it,” said Mr Masari on Channels TV. “Because at that time when we started in 2016, there were leaders. But gradually, all the leaders were eliminated. That was the failure of the first round.”

The governor in 2016 granted amnesty to bandits and in 2019 announced that no security agent should attack or kill bandits and cattle rustlers, insisting they should be allowed to go about their normal businesses.

To date, Katsina remains one of the worst bandits-plagued states in Nigeria. Mr Masari, who earlier said he had no joy governing the state, insisted on not regretting his action.

Lamenting the recent killings and kidnapping in the state, the governor maintained that he would not have granted bandits amnesty.

“The second round after the 2019 election didn’t see the light of the day. We tried, but then we realised that, ‘who are you talking to?’” Mr Masari explained. “They are not under the same umbrella. They are not pushing for any religious belief. They are just bandits, criminals, and thieves.”

In 2020, Mr Masari vowed not to grant amnesty to bandits again, accusing the criminals of betraying him after granting them amnesty.

“We went through with the amnesty programme because we wanted peace to reign in the state, and we did all that within our limited resources to see the initiative succeed, but peace has continued to elude the state,” he had told the BBC.

The governor who confirmed claims that those involved in this banditry are Fulanis, has repeatedly challenged the state residents not to sit and watch but “buy the guns to protect themselves against bandits’ activities.

“We must all rise up to counter the insecurity challenge. We must not sit and watch some people buying guns attacking our houses. We too should buy guns and protect ourselves,” Mr Masari urged northerners. 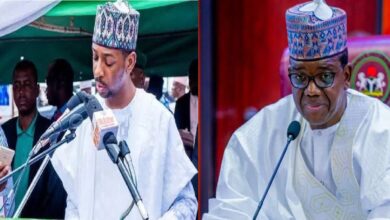