In an effort to take youths off the streets, the Shola Adeola Cradle-2-Career Foundation in conjunction with Ekiti State Tennis Association has organised a week tennis clinic for young lads on racket which on Saturday, the 28th August, 2021.

Speaking on the last day of the tennis clinic, initiator of the foundation, Engineer Sola Adeola said he was delighted over the performance of the kids during the clinic.

According to Engineer Adeola, the aim of the foundation is to develop kids, empower them through sports so that they could cater for themselves and avoid social vices, as well as for Ekiti State to be able to produce international players.

He called on philanthropists in the State to join hands in building trust and confidence in the kids so as to develop them more through the game of tennis.

On the last day of the tennis clinic, Chairman of the State sports council, Mrs. Olusola Osetoba and the outgoing General Manager of the sports council, Chief Deji Samo applauded the foundation for the innovative idea of supporting the game of Tennis in Ekiti.

Mrs Osetoba expressed happiness that the programme took place at this period and she commended Governor Kayode Fayemi for giving the Sports Council free hand to operate and providing enabling environment for tennis in Ekiti.

She also advised parents of tennis players to stay focused and appealed to other parents to always bring their children for sporting activities as the benefits of sports to children are numerous. 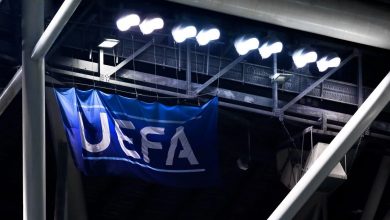