A Nigerian, Adeyemi Opebiyi, has sued the United Kingdom for allegedly turning him back from entering the country after he had been granted a visa and had flown from Nigeria to the Manchester Airport.

Opebiyi, who described himself as the Head of Operations, Sabi Micro Finance Bank Ltd, said on arriving at Manchester Airport on March 14, 2021, he was stopped by the UK Immigration official, who insisted that he must be interviewed before he could be allowed into the UK.

He claimed that he was made to wait for eight hours at the immigration desk before he was eventually interviewed by an Immigration officer, who asked him to draw the logo of Sabi Micro Finance Bank Ltd, among other things, as a way of verifying his claim that he works with the financial institution.

Opebiyi alleged that after drawing the logo as best as he could, the Immigration officer told him that the drawing was not good enough and he would be denied entry into the UK on that basis and related reasons.

He claimed that he was subsequently detained for 10 days before he was finally deported to Nigeria on March 24.

He said in response to his request for the review of the decision, he got a letter from the UK Home Office, reading: “You were asked to draw Sabi Micro Finance Bank LTD’s logo: What you drew bore little resemblance to the logos found on all the official paperwork you submitted for your visa application.

In the suit filed on his behalf by UK-based Nigerian lawyer, Mr Femi Aina, a Senior Consultant Solicitor with Martynsrose Solicitors, UK, Opebiyi is demanding damages for what he termed the unlawful and humiliating treatment meted out to him by the UK Immigration officers.

The suit was filed upper Tribunal (Immigration and Asylum chamber) UK, with the Secretary of State for Home Department (UK) named as the sole respondent to the suit.

In the court papers, copies of which were made available to our correspondent, Opebiyi’s lawyer said, “The applicant spent 16 hours on his flight to London (Lagos-Doha-Manchester). He was held for about eight hours by the respondent for further examination. He was interviewed after eight hours’ waiting and was asked to draw the company logo. Despite the fatigue and the flight stress, he tried his best possible to draw the company’s logo. The respondent’s action is oppressive as it does not have regard for his well-being.

“The applicant showed his ID card, his MD confirmed his employment. The letter dated 9th April, 2018 and the one dated 12 August, 2020 from the CBN relates to his employment. His bank statement shows regular salary payment. All the above are relevant evidence regarding his employment. The respondent’s decision that he was not employed, or that false information was used in obtaining his visa, is wrong.

“By reason of the matters aforesaid, the applicant was unlawfully detained and deprived of his liberty for 10 days at Immigration Detention Centre (Colynbrook) from the date of his arrival, 14th March 2021 up to the date of his removal i.e. 24 March, 2021.

“The respondent has acted in a way that is incompatible with the applicant’s rights under the European Convention on Human Rights, contrary to Section 6(1) as a public authority carrying out Immigration Control.”

Describing the experience as the worst in his life, Opebiyi, in the court papers, said, “I was humiliated and distressed about the whole matter. A week after returning to Nigeria I could not go to work as I was mentally unstable. I have never stayed in detention in my life. The whole experience is affecting me psychologically till now. Anytime I hear detention or see anything about the UK, I cringe. I lost my savings on a fruitless journey to the UK. I am a victim of injustice.”

“The claimant is entitled to interest pursuant to Section 69 County Courts Act 1984 on any sums due to him at such rate as the court shall think fit,” the lawyer said. 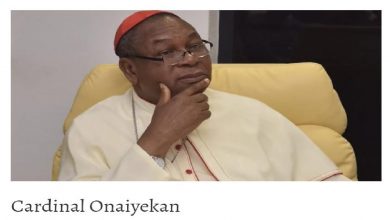