Five persons travelling in a Lexus 330 Sports Utility Vehicle (SUV) were on Friday evening, abducted while another was killed between Ewu-Ekiti and Ayetoro-Ekiti in Ido/Osi Local Government Area of Ekiti State.

The passengers, who were said to be guests at an occasion in the area were returning to their destinations when they were waylaid by some bandits believed to be Fulani herdsmen.

The identities of the victims had not been ascertained as at press time.

The abducted five were whisked away to the forest in the area while the SUV with registration number: LAGOS- KRD 264 GV was parked facing the bush without occupants.

Corpse of one of the victims was left in the vehicle.

It would be recalled that the traditional ruler of Ewu-Ekiti, Oba Adetutu Ajayi, in Ilejemeje Local Government Area of Ekiti State, was shot by bandits on April 10, 2021.

On June 10, 2021, two hotel workers in Ayetoro-Ekiti were kidnapped while the hotel’s security guard, who was inflicted with machete cuts is still recuperating at an undisclosed hospiral in the State.

Buhari, Trump Won’t Be Forgotten In A Hurry – Fayose

Nigeria’s elections: Full list of all presidential candidates for 2023 presidency 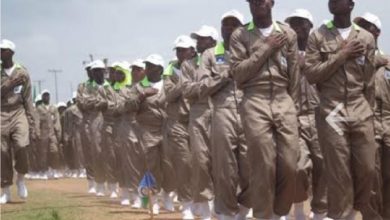 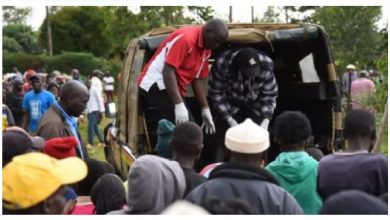 Police Inspector Dies During S*x With A Widow In Ibadan