Former military President, General Ibrahim Badamasi Babangida, IBB has said that the corruption index in the country is worse and more pervasive at the moment than his time in power.

He said they were saints compared to the people in power now.

IBB was a military dictator who ruled Nigeria from 1985 when he staged a palace coup that ousted General Muhammadu Buhari, the current President of Nigeria from office to 1993 shortly after he annulled June 12 Presidential election that provided late MKO Abiola as the President-elect.

IBB spoke to Arise Television on Friday during its breakfast programme “Morning Show” monitored by our Correspondent in Abuja.

He recalled sacking an unnamed governor during his regime for misappropriating N313,000, an amount which could in the present times described as paltry.

The former military President said that it was in the place of the opposition political party and Nigerians at large to assess the government of All Progressives Congress, APC on its campaign promises especially on the anti-corruption fight.

He said: “You can’t compare it with the facts on the ground now. From what I read, from the analyses, I think we are saints when compared to what is happening under a democratic dispensation. I sacked a governor of a state for misappropriating less than N313,000.

“Today, billions are there on the streets. Those who have stolen billions, they are in court and are now parading themselves in the streets. So, who is better in fighting corruption?

On assessment of APC govt

“That’s where politics comes. Somebody now will come and say APC when it made the promise on three planks; Nigerians voted for them on three planks: economy, corruption and security. So, it for Nigerians to decide, have these been met?

“I will rather wait and see what the other party will react. If they convince me that they didn’t succeed in these and they show me proofs, I will go for them.”

On the kind of president Nigeria needs in 2023

Speaking further, IBB detailed the qualifications of the persons who should aspire to lead the country in 2023.

He however said that idea of zoning the Presidency amongst the regions in the country should not significantly matter.

“You allow the process to continue but it’s through the process that you will be able to come out with a candidate that will lead the country. His qualifications, his beliefs should be known to Nigerians before somebody ever throws his hat into the ring regardless of where he comes from.

“Whether we do it now or we don’t, we will have to do it. Time will come when somebody will emerge in this country, (whether) he is from Okpela or from Minna, the thing is that everybody knows him, everybody tends to accept what he believes in and then, if he throws his hat, and you say, yes, I have heard that name before. Why not?

“I have started visualizing a good Nigerian leader. A person who travels in this country and has friends virtually everywhere he travels. He knows at least one person that he can communicate with. A person who is very vast in economic development and a good politician who should be able to talk to Nigerians. I have seen one or two or three already in their 60s”, the former military leader said. 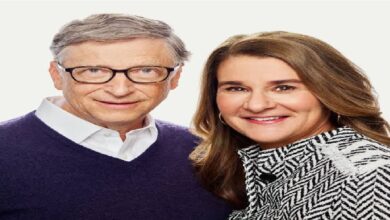