The senior pastor of Citadel Global Community Church, Pastor Tunde Bakare, Sunday said he did not declare war against President Muhammadu Buhari but against wicked people in Nigeria.

Last week, Mr Bakare, who had revealed that he had visited Mr Buhari on several occasions to advise him on national issues but the president often failed to heed his advice, said “I’m not interested in meeting you any longer; no more visits.

Now, it is war because Nigeria must be set free.”

The fiery preacher in his sermon on Sunday, however, said he declared war against the wicked in the country not Mr Buhari, his longstanding ally.

Mr Bakare, who once claimed God told him Mr Buhari was coming to stabilise the country, said “if because of insecurity and corruption, we voted Jonathan out and now insecurity is worse, corruption is much more deadly now, what do you think should happen?

“I’m not pitching you against anybody. I don’t control your PVC. But if the reason for voting PDP out is because of insecurity and corruption, and now it is worse, in fact added to it is banditry, kidnapping.”

Mr Bakare led a coalition of civil society organisations, Save Nigeria Group, which railed against then-President Goodluck Jonathan and his party, the Peoples Democratic Party, in the run up to the 2015 general elections.

Mr Bakare further said the increasing insecurity and corruption in the country should prod Mr Buhari to swing to action to preserve his legacy, adding that the war he declared last week was not against Mr Buhari.

“This is why we are crying out so that before it is too late, Muhammadu Buhari can wear his thinking cap and think of his legacy, rise up and say this will not be my legacy. I’m going to flush out every bad eggs.

Everyone diverting money meant for arms and ammunitions must be brought to book whether in the past or present,” he said

When I declared war last Sunday, it’s about the wicked, those perverting justice in our land. Their days are numbered.”

“I am surprised at some of our clerics, particularly the Christian ones since it is the religion I am more familiar with. They speak as if they read another Bible,” Mr Adesina said. “They preach hate from the pulpits, propagate falsehood, generate animosity against the government.” 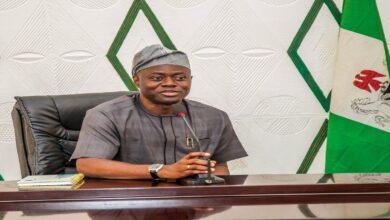 Be Fair In Your Criticism Of My Administration, Buhari Tells Elite 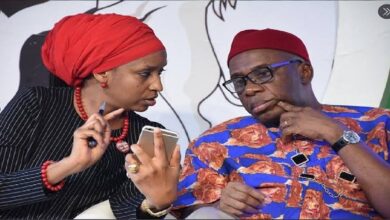 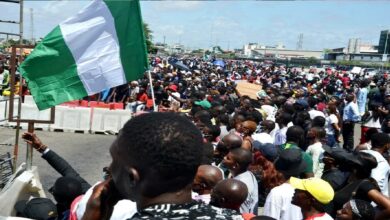