The Nollywood industry has many beautiful and talented actresses who have starred in numerous movies and series.

Any passionate fan of these wonderful ladies would love to know the richest Nigerian actresses and their respective net worth as of 2021.

Working in an industry that makes billions of US dollars annually comes with a massive reward in terms of salary package and popularity.

Some Nollywood actresses are luckier than others in terms of their financial checks, but who is the richest?

Those who are not keen followers of the beautiful actresses can also get to know them as well as some of their best films.

These beautiful and talented celebrities also have many followers on social media. Some of these celebrities have increased their net worth, while others have seen a significant drop.

Genevieve Nnaji is one of the most successful and beautiful actresses who have racked up incredible net worths in Nollywood.

She was born on 3rd May 1979, in Mbaise, Imo State. She is the fourth of eight children.

She was raised in Lagos.

She is currently the richest female actress in Nigeria.

Ibinabo Fiberesima is one of the top three richest Nollywood stars in 2021 on our list.

Fiberesima made her acting debut by starring in Most Wanted (1998).

This beautiful actress has more than 10 million followers on her Instagram account, making her one of the most followed and influential female stars of Yoruba descent.

Akindele has received both national and continental awards for her performance.

In 2009, she won the Africa Movie Academy Award for Best Actress following her leading role in the comedy-drama film Jenifer.

Omotola Jalade is one of the most beautiful and highly influential actresses in Nigeria.

She is famously known as Omosexy by most of her fans.

As a talented and dedicated actress, she has starred in over 250 movies since joining Nollywood in 1995.

The Nigerian superstar is also a renowned singer and activist.

In 2013, she was named as one of the top 100 influential people in the world by Time Magazine.

Stephanie Okereke has starred in over 250 movies since making her debut in the Nollywood industry.

In 2002, Stephanie was the first runner-up for the Most Beautiful Girl in Nigeria beauty pageant contest.

She comes from Mbaise in Imo State and is currently single.

Rita Dominic has won many prestigious awards in the film industry, including the Africa Movie Academy Award for Best Actress in a Leading Role back in 2012.

Chioma Chukwuka is another lovely actress who enjoys playing in romantic films as an ‘innocent’ lady.

Some of her movies include On My Wedding Day, Wives on Strike, Heart Of Gold, and The Rain of Hope.

The famous Nigerian actress does not need much introduction.

Mercy Johnson has been part of the Nollywood industry for over a decade.

Thanks to her talent and hard work, Mercy has established herself among the most envied stars in the lucrative industry.

She is married to Prince Okojie.

Her net worth as of 2021 is estimated at N1.2 billion ($3 million), placing her eighth in our list of richest female stars in Nollywood.

Uche Jombo is one of the most successful actresses in Nollywood.

She is also a producer and a Globacom Ambassador.

Some of the movies she has produced include Nollywood Hustlers, Damages, and Holding Hope, among others.

Ini Edo is one of the hottest Nollywood stars.

Edo began her film career back in 2000 and has starred in over 200 movies.

The 37-year-old also boasts over 8 million followers on Instagram.

She won the 2013 Nafca Award for Best Supporting Actress. 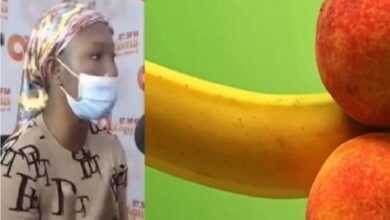 “I Can’t Stand It”: Lady Flees From Man She Met Online Due To Big Manhood 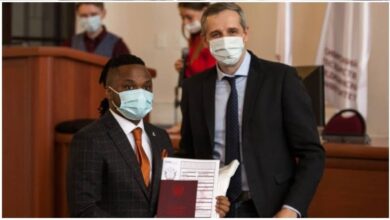