The Christian Association of Nigeria (CAN) has called on President Muhammadu Buhari to direct the military to ensure the immediate and safe release of the kidnapped Kaduna Pastor, Popoola David Kayode, of Calvary Baptist Church at Kurmin Mashi, Kaduna State.

CAN General Secretary, Joseph Daramola in a statement released on Thursday said the government that did everything to bring the leader of IPOB, Nnamdi Kanu back to Nigeria is capable of stopping criminalities in the country if the political will is there.

He wondered the essence of a government in power if Nigerians are left at the mercy of kidnappers.

Part of the statement read: “Why should the government leave Nigerians to be at the mercy of the insurgents, bandits and kidnappers? What is the essence of having a government in place?

“The government that did everything to ensure that IPOB leader Nnamdi Kanu was brought back to the country is strong enough to stop these criminalities if the political will is there.

“Mr. President, where shall we go from here? Have the criminals taken over where there is legitimate government? Though we are praying continuously everyday, we know faith without hard work from the side of the government is vain.

“While we are aware you are doing your best, your best is not good enough to Nigerians and in the eyes of the whole world. The bitter truth is that no place is safe again in Nigeria.”

CAN warned that the abduction of Pastor Kayode, should not become like that of Rev. Lawan Andimi and CAN Chairman of Michika Local Government Area who were abducted and killed by Boko Haram years ago.

“In CAN we believe that the freedom of the Pastor is a litmus test for the Service Chiefs, especially the new Chief of Army Staff, Major General Yahaya Farouk and the Inspector General of Police, Usman Alkali Baba.

“The world is watching whether they will live up to their expectations or not.

Why Millions Of Nigerian Graduates Are Unemployed — FG

People should learn how to govern from Ganduje— Presidency 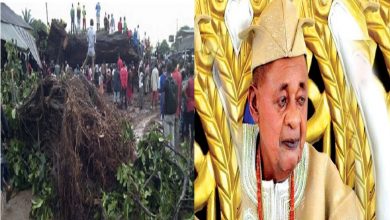 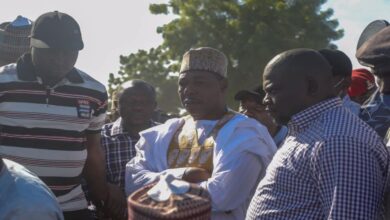