Congresses of the All Progressives Congress may not hold in Kwara and three other states unless members of the party are revalidated and registered.

Mohammed said he has absolute assurance of the Chairman, National Caretaker Commiitte of the party, Malam Mai Mala Buni.

“We are assured without equivocation by the party chairman, that there will be no congress in Kwara because our state is a special case.

“There will be no state congresses in Kwara without registration of our members and revalidation of others who were wrongly disenfranchised by the machinations of Abdulrahman Abdulrazaq,” the minister claimed.

He said the national chairman of the caretaker committe, assured him two weeks ago that the national working committe of the party, viewed Kwara state as a special case and no congress will take place, unless fresh registration of new members and revalidation exercise take place.

He was speaking at the opening of the headquarters of Bashir Omolaja Bolarinwa, BOB, led integrity Group in the state APC, at 26, Reservation Road, Tanke in Ilorin.

According to the minister, “Two weeks ago, myself, Professor Shuiab Oba Abdulraheem and Mukanma, were in Abuja where we met Governor Mai Mali Buni.”

On the raging campaign donations in the state APC, Lai, said ” Abdulrazaq is yet to account for N70m being the balance of money he single handedly sourced from friends for the bye election that brought in Hon. Tunji Olawuyi Ajulo into the House of Representatives.

“I used all the money used to fund all the four elections in Kwara that made APC the ruling party.”

He challenged the public to ask the governor what his contributions were during the election that brought him to power. 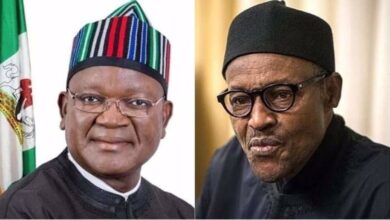 Nigeria Will Be Fine If Things Go Well In Lagos- Osinbajo