Indigenous People of Biafra (IPOB) has condemned the invasion of the residence of Yoruba freedom fighter, Sunday Adeyemo, aka Sunday Igboho by the Department of State Services (DSS).

Describing the attack on Igboho’s Soka residence in Ibadan, as barbaric and unacceptable.

The group asked the Nigerian government and security agents, especially the DSS, to stop taking it for granted.

A statement by Powerful reads: “We the global family of the Indigenous People of Biafra (IPOB), ably led by our great leader Mazi Nnamdi Kanu, condemn the recent attack and massacre of peaceful and unarmed citizens of Odua people in the house of Sunday Igboho in his country home in Ibadan, Oyo State.

“Sunday Igboho has not killed anybody. Nigerian government and her security operatives invaded his home and kidnapped his innocent women in the house for the proposed rally in Lagos on Saturday, 4th of July 2021.

“Fulani and their collaborators are trying to bring catastrophe to Nigeria. They are trying to plunge Nigeria into a serious crisis that will consume everybody. They should stop taking the indigenous nations in Nigeria for granted. Enough of this impunity!

“IPOB worldwide is solidly behind Sunday Igboho and Odua nation movement. The attack on Igboho is akin to the attack they unleashed on the leader of the Indigenous People of Biafra Mazi Nnamdi on September 14, 2017 when the military Python danced in his country home.” 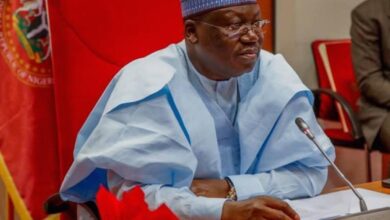