The Office of the Chief Economic Adviser to the President (OCEAP) got approval for the sum of N573.45 million as capital allocations in the last five years without a clear identity of presidential appointee answerable to the fund’s utilisation, findings by The ICIR have shown.

From the above N573.45 million capital budgets, the Office of the Accountant General of the Federation (OAGF) under the Federal Ministry of Finance, released a total sum of N114.97 million (N114,971,989) to the contentious office for its operations.

This literally excludes N12.1 million received by the OCEAP in the 2015 fiscal year.

But a document from the AGF, dated July 6, with reference number FD/OAGF/ADC/305/I/DF shows the OCEAP, in 2016, got a total release of N39.08 million from the N78.17 million capital budget approved for its operations.

In 2017, it received N35 million as its total budget releases from N60 million capital allocation for the year.

The following year, N60 million was also approved for the OCEAP while the accountant general’s office made available N24 million backed with cash.

In 2019, the unmanned office also received N16.89 million for its operations. The sum was the amount released from the N42.23 million capital budget for activities of the controversial office.

Though the office is yet to receive an allocation for the fiscal year 2020 as of July this year, yet, it got the highest approved capital allocation of N333.06 million in the past five years.

But for the global pandemic, indications have shown that the office would have received the annual release for the year 2020.

Nevertheless, despite these allocations and releases, the office is shrouded in secrecy.

The ICIR check shows that there is no clear government appointee managing the office.

Dr Adeyemi Dipeolu, the Special Adviser to the President on Economic Matters, Office of the Vice President whom the public assumes is the head of the office has vehemently denied any affinity with the OCEAP.

Dipeolu was among four aides appointed by the president in 2016 as Special Advisers. Others are Tijani Abdullahi, SA on Planning; Babafemi Ojudu, Political Adviser to the president and Mrs Maryam Uwais, Presidential Adviser on Social Investment.

However, sources in the presidency confirmed to The ICIR that the President is yet to engage a chief economic adviser but federal allocations to this office have been steady.

A check at the State House website which encompasses a list of offices under the Presidency also excludes the OCEAP as of the time of filing this report.

Still, budget line-up to the controversial Chief Economic Adviser’s office is always incorporated annually in the State House budgets. The website to the office remains inactive as of the time of filing this report.

“Database connection error (1): The MySQL adapter ‘MySQL’ is not available,” error message on the website reads.

In 2018, The ICIR reported on the OCEAP research study which attracted N33.7 million in the 2017 approved budget. From then till date, there is no trace of the study in the public domain.

“This is… to inform you that the Budget Item ‘OCEAP85893258’ is not under the Special Adviser to the President on Economic Matters in the Office of the Vice President. Thank you,” Dipeolu stated in a letter dated October 9, 2018, as a response to Freedom of Information request targeted towards probing the research work.

The OCEAP in previous administrations has been an independent office under the Presidency headed by a top aide that advises the president on economic affairs.

For instance, between 2011 to 2015, Goodluck Jonathan, the former president, appointed Dr. Nwanze Okidegbe to manage the office. Prior to his appointment, Precious Garba, a Professor of Economics, University of Ibadan occupied the OCEAP while Philip Asiodu managed the office when the former president, Olusegun Obasanjo was in power.

But, while Laolu Akande, media aide to the Vice President affirmed Dipeolu’s position as the special adviser on economic matters to the president in the office of the VP, Garba Shehu, the official spokesperson to the president had insisted Dipeolu is Buhari’s chief economic adviser and also responsible for the office spending.

“Talk to Laolu,” he responded in 2018 when The ICIR tried to seek clarity on the subject of who advises the president on economic matters.

On July 20, the OCEAP in a reference letter OCEAP/136/FOI/Vol.1/11 responded to FOI request earlier sent on June 22 by The ICIR. The letter was directed to seek details of capital releases to the President’s chief economic adviser’s office from 2015 to 2019.

Feedback contained in the letter was similar to Dipeolu’s earlier response two years after our initial report. The office currently has no appointee.

“Please be informed that a Chief Economic Adviser to the President is yet to be appointed and therefore, this office is presently constrained in facilitating your request in respect of the above subject matter.”

The letter was signed by one Yusuf Ahmad Babatunde for the Chief Economic Adviser to the President yet to be appointed by Buhari.

Still, he advised that the request be forwarded to the Federal Ministry of Finance, Budget Office and National Planning for necessary action.

That office doesn’t exist in this administration – presidential source

To unravel the mystery behind OCEAP and the individual behind the released funds, The ICIR attempted to contact seven aides of the President. The reporter reached out to Femi Adesina, Buhari’s Special Adviser on Media and Publicity, but he did not respond to a text message sent to his phone.

The reporter also reached out to Shehu.

“The economic adviser is still there. No change,” he briefly responded via a text message.

The president’s spokesperson failed to provide any more details even when probed further. He did not state categorically who currently occupies the office and if the office actually existed.

Tolu Ogunlesi, Special Assistant to the President on Digital and New Media was also contacted but he gave no response.

Bashir Ahmad, Personal Assistant on New Media to the President did not also respond to a direct message sent to his verified social media handle.

Ajuri Ngelale, who is a Senior Special Assistant to the President on Public Affairs could also not provide an answer as to the official who manages the OCEAP and how money allotted to the office is being spent over the years.

He simply referred the reporter to Prof. Ibrahim Gambari, Chief of Staff to the President.

“I imagine you would want to write to the Office of the Chief of Staff to the President,” Ngelale asserted in a private message from his verified social media handle. He also declined to provide contact detail of Gambari whom he implied should have answers.

Ibrahim Ahmed, the Personal Assistant to Gambari was also contacted but he did not respond to his calls. Text message sent to him regarding the enquiry and why the reporter needed to contact the chief of staff was also not replied.

Notwithstanding, a highly placed source in the Presidency who pleaded anonymity due to sensitivity of the matter disclosed that the office does not exist in Buhari’s administration.

“As far as I know, that office does not exist in this administration,” the source stated.

“There is a special adviser to the president on economic matters in the office of the vice president and there is a Presidential Economic Advisory Council (PEAC), with a Chairman.”

The ICIR reached out to Dipeolu to verify if he has now been assigned to manage the OCEAP but did not respond to repeated calls to his line.

Akande, the VP’s media aide he referred the reporter said the OCEAP was different from Dipeolu’s office but insisted he could not speak further on the matter as the office is under the purview of the president.

“I think it is best you ask Femi or Garba. They are on the president’s side,” he told The ICIR. He was told of the efforts made to reach out to the two aides he mentioned but he insisted they are best to comment on the matter.

Lanre Suraj, the Executive Director, Human and Environmental Development Agenda (HEDA), reacting to the report expressed concern on the opacity of the office if it actually exists. He queried the official who has been defending the annual budget of the OCEAP at the National Assembly (NASS) since the President was yet to appoint an official to manage the office.

Suraj insisted the office could not have spent any money without budgetary allocation. He, however, alleged ‘it is not unlikely’ the lawmakers have been conniving with some officials to extort the government.

Aside from the approved budget, the activists said the Medium Term Expenditure Framework (MTEF) is also submitted to the lawmakers, thus members of the national assembly cannot be completely exonerated in the allegation.

“For there to be budgetary allocation, you might need to look at the national assembly. Who has been defending the budget of the OCEAP before the lawmakers,” Suraj queried?

Debo Adeniran, Chairman of the Centre for Anticorruption and Open Leadership, a non-Profit Organisation on social justice and anti-corruption described the situation as reprehensible which should be looked into by the President.

The antigraft agencies, he noted should have discovered the gaps and probe the releases.

According to him, “there are several indices of unbridled corruption under the administration that it is difficult to discern. Sometimes we believe it is some form of incompetency on the part of the president and inadequate capacity to administer Nigeria as it is.”

He acknowledged that corruption is pervasive in the country, stressing that there are corrupt elements who would not want the fight against corruption to succeed.

Adeniran was, however, of the opinion that the age and health status of the president might deny him the right capacity to scrutinise all books relating to his offices such as budget drafts, vouchers and the rest.

The president, he stated, should take responsibility for the gaps and ensure the situation is investigated.

He assured the NGO would also investigate the releases alongside other relevant coalitions against corrupt practices. 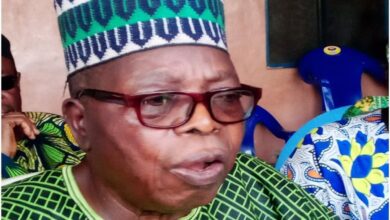 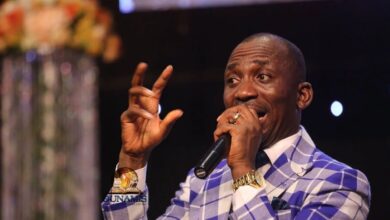