Yoruba Nation Agitator, Chief Sunday Adeyemo, popularly known as Sunday Igboho, has revealed how his house was invaded by armed men in the early hours of Thursday.

It was earlier reported that the residence of the activist at Soka, Ibadan, was attacked by gunmen who came in military uniform.

Igboho, who spoke with BBC Pidgin, disclosed that he was inside when everything happened. He revealed that he heard plenty of bullets and gunshots in his compound.

According to the ighoho, he said he peeped through the window and saw men in DSS uniform and soldiers.

He added that the attack came as a surprise as he hasn’t killed nor fight anyone.

He stated that all his rallies have been peaceful and he is fighting all the bandits that had killed, raped, kidnapped his family, and demanded a ransom in return.

According to him, he said he took up the responsibilities of the government who failed to fight for the right of the citizens.

“Yes, I was in the house when they came. They killed about two guys. The shooting was too much. They destroyed all my properties, all my vehicles.” Sunday Igboho concluded. 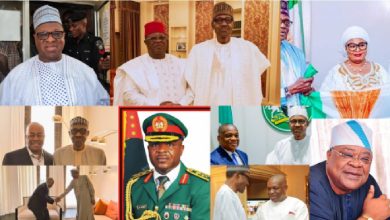