Omoyeni, former Wema Bank Group MD, contested the governorship seat in the 2018 elections on the platform of the Mega Party of Nigeria (MPN) but lost to Kayode Fayemi of the All Progressives Congress (APC).

Omoyeni, Ikere born politician send a letter to his ward, Oke Osun, describing his return to the PDP as refreshing.

Globalgistng learned that Omoyeni attended a series of meetings with former Governor Ayodele Fayose and others to mend fences in the state politics.

It was also reported that Omoyeni will declare for the governorship seat next week.

Recall that the Independent National Electoral Commission (INEC), fixed June 18, 2022, for the conduct of the Ekiti State governorship election.

“The tenure of the Governor of Ekiti State will expire on the 15th October 2022. 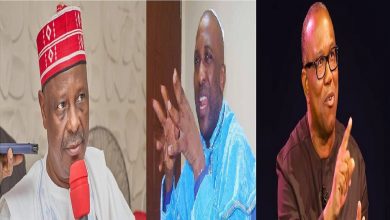