The commission’s chairman, Justice Ayotunde Phillips disclosed this during a chat with practitioners of community media yesterday.

She was reacting to a piece of fake news that the N85billion to access the bond market approved for the Governor by the House of Assembly as the commission’s budget for the polls.

Clarifying her position further, she said the commission’s budget for the last poll conducted in 2017 was N2.5billion but the review of costs incurred after the exercise showed that it was not enough.

According to her, the increase from N2.5billion to N3.5billion reflects the rise in the costs of operations and materials since 2017, noting that the funds are released in tranches because the administration is committed to many projects and programmes.

The chairman said the effects of Covid-19 and the EndSARS protests took a huge toll on the finances of the Lagos State government.

She praised Governor Babajide Sanwo-Olu for his commitment to the sustenance of democratic institutions and development, urging Lagosians to be patient for the delivery of impactful projects 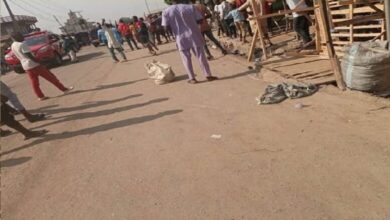