President Muhammadu Buhari has vowed to make sure that peace returns in Borno, recalling that the people of the state gave him the highest number of votes.

Buhari is on official visit to the state to appraise the security situation and commission some development projects.

According to the President, Borno State was where he got the highest percentage of votes during the general elections, adding that the least he can do for the people of the state was keep fighting to fully restore peace in every corner of the North East region and the country as a whole.

Buhari also thanked the elders, Muslim and Christian community leaders in the state and region for their resilience and moral support for his administration during these trying times.

“We will never rest until peace is fully restored and all displaced persons are resettled in their home communities,” Buhari assured.

“I will never forget in my life that during my career as a politician, Borno State is where I got the highest percentage of votes, more than 90 percent!

“The least I can do for you is to continue the relentless effort to fully restore peace to this state, the North East region and the country as a whole,” he added. 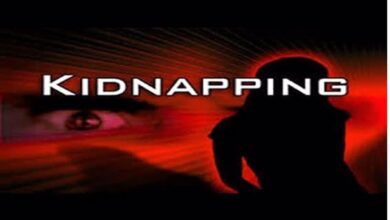 Kidnapping: How I Bought My AK-47 From A Security Operative – Suspect