Former President of Côte d’Ivoire, Laurent Gbagbo, on Thursday returned to the country for the first time since he was ousted from power in 2011.

Gbagbo was sent to The Hague to face charges bordering on war crimes, of which he was later acquitted.

There was heavy police presence upon his arrival around Ivory Coast’s commercial capital, Abidjan to prevent any violence.

In Abidjan’s Yopougon district, hundreds took to the streets to demonstrate and celebrate his arrival.

However, Police fired teargas in other neighbourhoods to disperse similar crowds, NAN reports.

One group was heard chanting “Gbagbo is coming, we will install him,” “Respect the power of Gbagbo.”

Gbagbo, who came to power in 2000, was arrested after a brief civil war prompted by his refusal to concede defeat to Alassane Ouattara in the 2010 election.

More than 3,000 persons were killed in the conflict, which was fought largely along ethnic and regional lines.

He was acquitted in 2019 of war crimes and crimes against humanity charges by the International Criminal Court for his role in the violence. 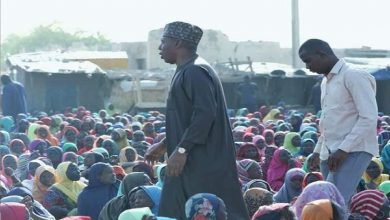