Islamic human rights organisation, the Muslim Rights Concern (MURIC), which recently declared that Nigeria’s next president must be a Yoruba Muslim, has clarified its position. According to the group, its demand is hinged on the condition that the political parties zone the presidency to the South West. MURIC said it will not oppose a Christian candidate if the post is zoned to any other zone.

This was made known to newsmen in a statement issued on Monday, 7th June, 2021 by the director of the human rights organisation, Professor Ishaq Akintola.

“Some stakeholders have misunderstood our statement concerning our demand for a Yoruba Muslim president come 2023. They wrongly assume that we do not want a Christian president at all. That is not correct. We have therefore seen the need for us to clarify our statement

“Our true position is this. We want a Yoruba Muslim to be the next president if the presidency is zoned to the region by political parties. So there is a proviso and the key word is ‘if’. MURIC is not a fanatical group. We do not have a problem with a Christian president. This is a democracy and Nigeria is a multi-religious nation. So we are not opposed to a Christian emerging as president at any time so long as he respects the rights of Muslims.

“Our grouse is with the system in the South West. It is an open secret that Christians dominate the education sector in the South West. Although Muslims form majority of the mainstream population, the Christians constitute the majority among the elite class. That is why the civil service is fully in the hands of the Christians while the Muslims are an overwhelming majority among the artisans and traders in Yorubaland. This situation can be traced back to the British Christian colonial masters who manipulated the education system in favour of Christianity.

“Now we all know that artisans and traders do not make policies and decisions. It is civil servants who control the destiny of the citizens. The school teachers in the South West also dance to the tune of the influential Christian leaders in the civil service to harass, frustrate and oppress Muslim children in the schools.

“The Christians who control the civil service are so intolerant and self-centered that they victimise Muslims at any given opportunity. They are not willing to share the paraphernalia of political power, administrative influence and citizens’ rights and priviledges with their Muslim neighbours.

“For the avoidance of doubts, therefore, MURIC is not saying Christians cannot be president in 2023. We are only wary about such a Christian candidate being a Yoruba. The reason for our opposition to the emergence of a Yoruba Muslim president is two-fold.

“One, Yoruba Christians do not give their Muslim neighbours their Allah-given fundamental human rights. Examples abound in the way female Muslim children are persecuted in Yoruba schools, particularly over hijab and their refusal to allow their fellow Yoruba Muslims to apply civil Shariah which does not affect Christians in any way. We are reluctant to come under the presidency of people who do not respect our civil liberties.

“Two, Yoruba Christians have been military head of state and president (Mathew Olusegun Obasanjo, 1976 – 1979, 1999 – 2007), interim head of state (Earnest Shonekan, August 1993 – November 1993) and vice president (Professor Yemi Osinbajo, 2015 to date) but no single Yoruba Muslim has had the opportunity to taste power in the centre. Therefore, it will be unfair to give the slot of presidency to a Yoruba Christian again if the post is zoned to the region. Democracy is about inclusion and equal opportunity. Yoruba Muslims are saying enough of marginalisation and exclusivism.

“We therefore reiterate our position : on Yoruba Muslim president we stand unless the presidency is not zoned to the South West. To give the position to a Yoruba Christian is to sentence Muslims in Yorubaland to a life of perpetual slavery. Our Christian neighbours are yet to learn the art of living and letting live. 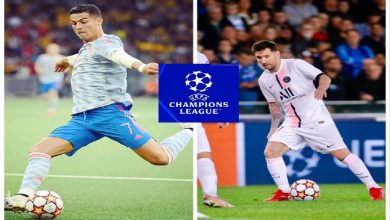 UCL: How Ronaldo And Messi Performed In The First Games For Their New Teams