He was president @GEJonathan’s aide in the PDP presidency.

He was on his way to Abuja when the gunmen struck and killed him.

Anyone suggesting that IPOB killed Ahmed Gulak is a slowpoke. Gulak had his own ongoing rift with APC, Okorocha and the Uzodinma/ Emeka drama.

He wanted another Northern President.

He made his own enemies, created more. May God forgive his sins. Stop using the MSM narrative on IPOB

I SAID Ahmed Gulak got hold of info that Fulani bandits had trailed him to Owerri. When he left Protea hotel, he literally sneaked out without calling police escorts.

He took a Uber with two people and that Uber took a back road. 7:20am he was shot when they double crossed cab

On double crossing the Uber cab they singled him out and killed him while the Uber driver and two passengers fled for their lives.

Why did he sneak out and not get police escorts? I have credible intelligence that he may have been moving a large amount of cash. Where is the cash?

Who gave Ahmed Gulak the cash? What was it for? Was it being laundered? The particular luggage is missing. Imo @PoliceNG is tight lipped. Gulak was targeted. Shot in the back of the head execution style and also in the stomach. No word of the associates and Uber driver that fled. 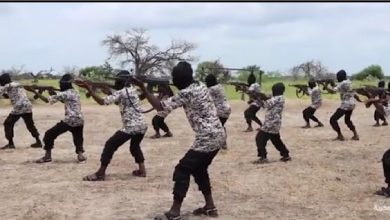