The Minister of Justice, Abubakar Malami, has faulted southern governors’ agitation for restructuring, asking them to ensure the functionality of local governments before demanding President Muhammadu Buhari to restructure the country.

Public officeholders, governors, civil society organisations, experts, and religious leaders have in recent times called for restructuring to save Nigeria from disintegration.

Last week, governors from the southern parts of Nigeria held a meeting on the country’s state and demanded restructuring to ensure true federalism.

Also, governors of the Peoples Democratic Party backed the decisions of the southern governors during a meeting held in Ibadan on Monday.

But Mr Malami, who spoke during a Channels TV programme on Wednesday, condemned the governors’ agitations, asking them to allow the local governments to function before clamouring for restructuring.

According to him, until local governments begin to function effectively, the governors have no legitimate right to agitate for restructuring.

“They cannot deny the autonomy of the state legislature and state judiciary and still be clamouring for restructuring. What restructuring are we talking about?” the minister said.

Speaking on the devolution of powers to states, Mr Malami queried the governors on measures and resources at the grassroots levels, saying, “What have they done to allow the local government structures to operate optimally?”

Asked if he would advise the president to yield to the calls, Mr Malami said, “They should address it at their own level first, and let’s see what happens before now coming over to the president. It’s not about the president. It’s about the denial of the functionality of the structures at the lower level, and that is what restructuring is all about.”

Continuing, he reiterated that the governors “should allow the state legislature to operate optimally, the checks and balances required will be there.”

He added, “Once you deny them the resources and autonomy to operate, then you do not have the legitimate right to clamour or perhaps agitate for any restructuring.”

While fielding questions from journalists in Abuja, Mr Lawan had said, “I believe that as leaders, those of us who were elected must not be at the forefront of calling for this kind of thing. Because even if you are a governor, you are supposed to be working hard in your state to ensure that this restructuring you are calling for at the federal level you have done it in your state as well.”

Speaking further, he noted, “This is because what you may accuse the federal government of whatever it is, you may also be accused of the same thing in your state. So, we are supposed to ensure that we have a complete and total way of ensuring that our systems at the federal, state, and even local government work for the people. 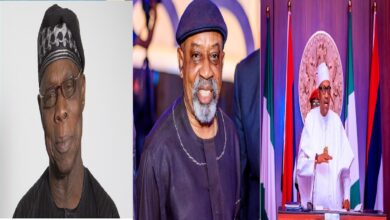 “I Am Ready To Stand Trial In Hague” – Nnamdi Kanu