The Supreme Court of Nigeria has reversed the action taken by Ewi of Ado Ekiti, Oba Rufus Adeyemo Adejugbe on the removal of Edemo of Ado Ekiti, Chief James Bamidele Aduloju.

The Apex court faulted the Ewi over the removal of Chief Aduloju as the Edemo and installation of another, Dayo Fajemilua as a replacement.

Joined in the suit were Dayo Fajemilua(1st respondent) and the Ewi of Ado Ekiti as the second respondent.

The Supreme Court of Nigeria in its Judgment delivered on Friday by Justice Samuel Oseji and made available to journalists affirmed Chief Aduloju as the authentic Edemo of Ado Ekiti.

Justice Oseji declared as a nullity, “the nomination and appointment of Dayo Fajemilua as the Edemo of Ado-Ekiti by the Ewi of Ado during the pendency of court action.

“I declare that Chief James Bamidele Aduloju remains the authentic Edemo of Ado-Ekiti”.

The Apex Court also restrained the Ewi from suspending or deposing the reinstated Chief under no circumstance.

The Supreme Court also ruled that the actions of the trial Judge at the Ekiti State High Court, Justice I.O. Ogunmoye, which dismissed the case at the trial level amounted to an abdication of judicial duty and lack of fair hearing.

In 2012, Ewi of Ado Ekiti removed Chief Aduloju as Edemo, sequel to a disagreement over landed property located along Ijan road in the state capital.

One Dayo Fajemilua was later installed as the Edemo of Ado Ekiti by the Ewi, during the pendency of the action at the High court, Ekiti State.

However, the action was later dismissed by Justice Olusegun Ogunyemi without hearing the case on its merit.

In the case, the Appellant was represented by his Counsel, Afolabi Fasanu (SAN).

The 1st Respondent was represented by Barristers Olalekan Olatawura and the second respondent by Obafemi Adewale(SAN). 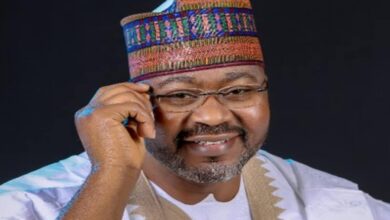