Nasir El-Rufai, governor of Kaduna, says the Nigeria Labour Congress (NLC) strike in his state was sponsored to fight his administration

Members of the labour union had on Monday embarked on a five-day warning strike over the decision of the state government to disengage 4,000 workers.

The Kaduna government had said the decision was taken because the huge wage bill wasn’t sustainable.

The strike was however called off on Wednesday following a request for negotiations by the federal government.

Speaking at a virtual meeting of the Nigeria Governors’ Forum (NGF), el-Rufai stated that Kaduna was targeted for political reasons.

“We will fight this. we are breaking them and they will leave town ashamed. I will not give them one inch because this is not about unionism,” he said.

“But we will fight them, we will defeat them but as the governor of Bayelsa said, and since he has brought that subject, I have a responsibility to put it through, unless we collectively address this monster, it will consume all of us.

The governor also criticised the NGF for issuing a press release in which they urged the union to exercise calm and restraint in its engagement with the state government.

“That press release with the greatest respect was unhelpful. It was unhelpful, it said nothing it was trying to play both sides,” he said

“I am a governor, I am one of you, the least I expect from the Nigeria Governors’ Forum is unequivocal and unqualified support I didn’t see that in that statement. I am being very blunt; I could pretend and be political and just smile and say it was alright but it is not. But I am used to fighting my own battles.

“We are not running a unitary system (of government), we are a federation. We are elected to govern different states, we owe our people accountability not the NLC, we should take a common stand.” 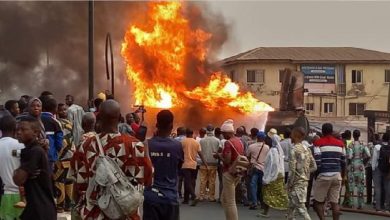