The Senator representing Ekiti South at the National Assembly, Chief Biodun Olujimi, has explained what the Peoples’ Democratic Party (PDP) must do to reclaim the state from the ruling All Progressive Congress (APC) during the next gubernatorial and general elections.

Senator Olujimi, the Minority Leader of the 8th Senate and deputy to Governor Ayodele Fayose in Ekiti in 2005, has not been on good terms with her former principal, causing the party great misfortune in the state.

Although Mr. Fayose had said the differences between him and Senator Olujimi have been resolved, their outing during the South West Zonal Convention of the PDP suggested they were not on the same page, as the lawmaker did not support Fayose’s candidates at the Congress.

Addressing newsmen at the National Assembly on Friday, Senator Olujimi said although she has ambition of becoming the next Governor of Ekiti State, until the platform of PDP is rectified, the party might not reclaim the state.

According to her, “we are all very ambitious. I’m also ambitious. Whether you like it or not, I have tried to be governor in the state before. Yes, I had to step down for someone because there was pressure, which means I can always do it again.

“However, my party is yet to rectify the platform and when you don’t have a platform, you should not think of anything. So until that platform is rectified”.

She, however, expressed optimism that the party would come out stronger and more united, if fences were mended and aggrieved parties were brought under one umbrella.

“I believe that in the next few weeks, we will be able to rectify the platform. Then we now know that we have a solid platform, it should be easy for all of us to think of what to do next.

“We are mending fences. We have not mended the entire fences. You know, when a fence is broken in 10 places and you mend only one, then, you still have nine other mending to do. But definitely, the party has done a great deal to bring us together.

“But we are at the point of who does what; where do we go from here; how do we have a vibrant and solid party, where everyone will be able to contribute? We want an all-inclusive party. We don’t want a party to shred, so that is where we are. We are mending the fences and I’m telling you that we will soon finish the tinkering. We used to be and we are more together”, Senator Olujimi said.

When asked of her relationship with her former Boss, Fayose and why she did not support his candidates at the Zonal Congress in Osun, the ranking Senator said the issue of the Zonal Congress had been laid to rest and the party had moved on, thereafter.

“But if you were there, he told us before the Congress that he would abide by everything that was done there and he was not misquoted. He said it himself. He said everything that would be done there will be binding on him and I believe that is what he is doing now. Because whether you like it or not, it has been very quiet.

“We are going to wax stronger. Don’t worry about all the small things you see and hear, but like I told you, there are more fences to be mended and then we come out to you as one big happy family”, she added. 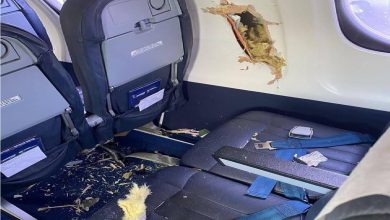