The current situation of things in Nigeria have drawn the attention of former Governor of Oyo State, Rashidi Ladoja.

It can be recalled that for a while now, there have been calls from the Southeast and Southwest regions for the breakup of the country.

This can be argued to be due to the dissatisfaction of many with how things are going on in the country.

Insecurity in the country have taken a new dimension to the extent that even the security agents themselves are no longer safe.

In the wake of the agitations for Oduduwa and Biafra Republics, a former Governor of Oyo State, Rashidi Ladoja has alleged that Southerners are just being vocal about leaving Nigeria, whereas the North is already planning to leave the country.

According to report by Sahara Reporters, the former Governor who was speaking in Ibadan after the Eid-el-fitri prayer, asked why the rail way was constructed in the North to link Niger Republic.

The former Governor alleged that while the Southeast and Southwest are very vocal in their demand for Biafra Republic and Oduduwa Republic, the North has been secretly planning to possibly leave Nigeria.

To substantiate his claim, the former Governor questions why the talk to build a refinery in Daura, Katsina State.

This statement is coming at a time when the calls for the separation of Nigeria is serious gathering momentum. 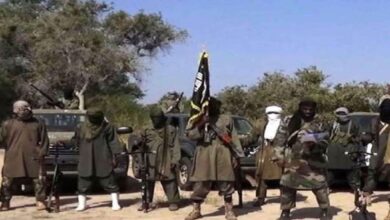