Former Deputy Governor of the Central Bank of Nigeria (CBN), Obadiah Mailafia, has alleged that assassins allegedly carrying out a presidency plot were out to eliminate him.

According to information gathered, Obadiah told THE WHISTLER on phone that some powerful individuals in the President Buhari-led Government have sent assassins to kill him.

According to him, “they have sent up to seven assassins at different times to kill me.

“So, right now and for the safety of my life, I have to go into hiding, ” he told the reporter.

When THE WHISTLER asked to meet him at a convenient location away from his hideout for an interview , Mailafia disclosed that “even my wife doesn’t know where I am. I have to stay away for safety reasons.”

The ex-Deputy Governor of the CBN have had running battles with security agents after the Department of State Services (DSS) invited him in August 2020 foe questioning, over his allegation that a State Governor in the North was one of the leaders of the Boko Haram terrorist group.

On the 15 September 2020, and following his invitation for the third time by the DSS, Mailafia told reporters that he had disposed himself to martyrdom in the struggle for a better Nigeria.

The secret police grilled him for a number of hours.

Mailafia alleged in February this year, that many of the bandits terrorising the country were sponsored by persons who wanted to push former President Goodluck Jonathan out of power at all cost. 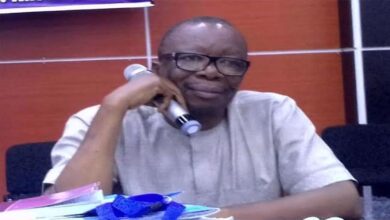 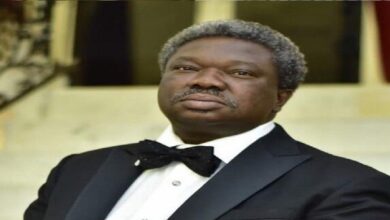