President of the Arewa Consultative Forum, Alhaji Yerima Shettima, Head of the Public Affairs Bureau of the National Consultative Front (NCFront), Dr. Yunusa Tanko, as well as other Nigerians have backed the position of the 17 southern states governors on the state of the nation.

Shettima agreed with the governors’ position on total ban of open grazing of cattle and the urgent convocation of a nation dialogue, but disagreed with their position on the issue of reflecting the federal character in president’s appointment.

On the issue of convoking an urgent national dialogue, Shettima agreed with the governor because, according to him, the country is more divided than ever before.

“The country needs citizens’ engagement at this critical time. So, we need to sit down and talk, so that we can decide the fate of the country. It is critical and very important,” he stated.

He also agreed with the governors on total ban of opening grazing.

“I agree with the governors that open grazing should be banished and a modern method adopted, as it is done in developed nations.

In the developed nations, you don’t have open grazing and I don’t see anything stopping Nigeria from adopting such modern method, so that we can resolve the issue of farmers/herders clash once and for all.”

I can’t remember any state that does not have a minister in his cabinet. And that is what the constitution says. I say this because when it comes to appointment, it is purely the discretion of the president.”

Intersociety: Nnamdi Kanu Was Arrested In Kenya, His Tribesmen ‘Sold Him Out’ 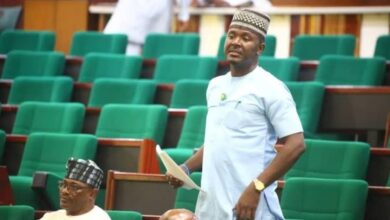