About 1,200 Nigerians have signed a petition making rounds on social media to forestall the release of popular Yoruba actor, Olarewaju Omiyinka, after allegedly defiling a minor. For now, the target is for the signees to reach 1,500.

The actor, popularly known as Baba Ijesha, was arrested last week, after he was reported by the teenager’s foster mother ― a comedienne, Princess ― that he molested the girl when she was seven years old.

When the actor was apprehended last Tuesday, the Police Public Relations Officer in the state, Muyiwa Adejobi, said there was substantial evidence against the actor as he was caught in the act on Closed Circuit Television.

The PPRO further stated that “Based on preliminary findings, the suspect started sexually assaulting the victim since she was seven years old. The suspect confessed to the crime and was also captured by a CCTV camera in the house of the complainant.”

However, in a twist of events, a senior police officer told Newsmen that the actor may be released on Friday. The source said due to the ongoing strike by members of the Judicial Staff Union of Nigeria, courts had ceased sitting and the suspect could not be detained indefinitely without trial.

The source also said investigation into the recent allegation against Omiyinka revealed that he did not defile the victim, adding that when she was questioned, the victim confirmed the same.

The petition, which is drafted by the Aunt Landa’s Bethel Foundation, on behalf of the teenager’s foster mother, Princess, has urged 1,500 Nigerians to sign against the release of the Yoruba actor, Baba Ijesha.

Dr Yolanda N George-David, who signed the petition, said it is embarrassing to know the Nigeria Police Force is trying to grant the actor bail.

“I want to remind the Nigeria Police Force that Section 218 of the Criminal Code Act provides that any person who has unlawful carnal knowledge of a girl under the age of thirteen is guilty of a felony and is liable to imprisonment for life with or without caning. This law should be excise and thorough investigation is required with evidence already been submitted by the child guidance,” she wrote.

Narrating the incident that transpired between Baba Ijesha and her foster daughter, Princess said people, who were compassionate about her childlessness, entrusted the victim and five other children to her care, adding that after Omiyinka allegedly defiled the minor, she started behaving strangely.

She stated, “The child started failing in school, I paid for private lessons and when I told my family, they told me we should pray, maybe it is spiritual. But I kept on saying that something is wrong, this child has changed.

“My friend talked to the child again to know what was going on, she told us what happened, I was shocked… I called the CCTV company to set a camera, we asked everybody to go out and stay in a neighbour’s house, she (the victim) was afraid, we said she should calm down…

“He came in and saw that there was nobody at home and I told him I want to see dstv people off and I will stay long…I dropped my phone, went out and locked the door. Two seconds later, he stood up, begin to check my whole house to be sure that none of the children were inside sleeping.

“I can’t begin to relay the things that he did, I was shaking because we were monitoring it on the phone. Police came immediately and picked him up, I asked him, Lanre, what is my offense? You know I didn’t give birth and the children were in my care so I won’t be thinking and you did something like this to me? He said it is the devil…”

Tags
200 Nigerians have signed a petition making rounds on social media to forestall the release of popular Yoruba actor About 1 after allegedly defiling a minor. For now Baba Ijesha Defilement: Nigerians Sign Petition Against Release Of Baba Ijesha Olarewaju Omiyinka the target is for the signees to reach 1 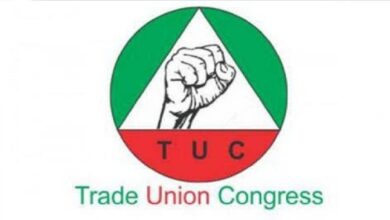 Obaseki: I Will Make Oshiomhole Irrelevant In Edo

Ekiti governorship : I am a poster that is already posted on the minds of the people of Ekiti – MOB 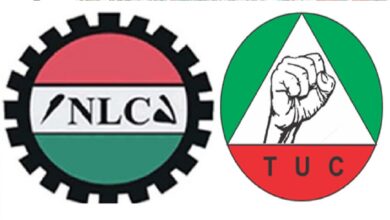