The Ministry of Interior has directed the Nigerian Security and Civil Defence Corps to work with other security agencies to deploy its operatives to airports nationwide over the looming security threats received through intelligence.

The ministry in a memo dated April 15 gave this directive to the NSCDC Comptroller-General who has been instructed to liaise with other security agencies to quell the threats.

Information about security threats around airports nationwide came through intelligence from the Office of the National Security Adviser and it was shared to the ministry.

The Ministry of Interior through its Joint Services department wrote the letter, dated April 15, to the CG, titled, “Re: Looming Threat of Attack on Nation’s airports.”

It was signed by the Director of the department, P.O. Egbodo, on behalf of the minister.

The memo reads, “I am directed to forward herewith letter from the Office of the National Security Adviser with Ref No. NSA/366/S dated April 6, 2021, on the above subject and to request you liaise and partner with all airports management nationwide and other stakeholders to upgrade the existing security measures around the nation’s airports in the interim to prevent such threats. Please accept the assurances of the warms regards of the minister.”

The Federal Government had on April 12 first raised the alarm over planned attacks on some major airports across the federation.

The Ministry of Aviation, had in a memo to airport security chiefs, stated that criminals were planning to strike gateways in Lagos, Abuja, Kaduna, Maiduguri, Sokoto, and Kano.

The notice dated April 9, 2021, and signed by FAAN’s Deputy General Manager, Administration, and Logistics, S.M. Mamman, had read: “I am directed to convey a warning from the Ministry of Aviation regarding security threats by criminal elements against airports in Nigeria and to request the immediate enumeration of appropriate counter measures for the safety of airports/facilities under your purview.

“Airports in Kaduna, Maiduguri, Sokoto, Kano, Abuja, and Lagos are at the top of the list for which criminals are considering carrying out attacks. Both airports, however, are being notified and asked to operate at a higher threat level”.

“Submit a list of current and additional counter measures to combat the risks, along with their cost consequences where applicable.” 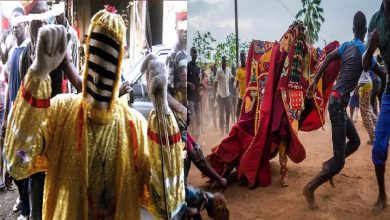