Ekiti PDP: PDP Is Functional As A Party, But Without Functional Excos- Omo-Imam – Globalgistng

It is very wrong for anyone to say that we do not have a party called PDP in Ekiti. However, it is true that today WE DO NOT HAVE ANY LEGALLY RECOGNIZED PARTY EXCOS, from Wards through Local authorities to the state level.

While the Repositioning Group is running his party affairs because its membership are spread all over the state, OPA is running theirs also. Sooner or later, the two groups will merge when their differences are amicably resolved.

But now that the party has no legally recognized party executives, does that mean that party members should close shops and suspend all political activities and go to sleep in spite of the Ekiti 2022 that is almost at hand?
If you are in the school of thought that PDP has no party in Ekiti State and so you close your shop of political activities, will APC and INEC wait patiently for you to resolve your internal crisis before the kick-start of their programmes? Of course, the answer is a capital NO.

Meaning, few days from now. My thinking therefore is that there should be a way we can eat our cake then have it because of this timing issue.

All those that are interested in the governorship race context should be encouraged to express their willingness and test their popularity and acceptability by the Ekiti PDP populace who will and still are the decider of who flies the PDP flag as the guber candidate at the end of the day.

This I think is done already because, truth is, anyone with the intention of contesting for the governorship of Ekiti, 2022 and is not known or out by now should better bury the ambition till another four years.

Any contrary believe to this assertion is an exercise in self- deceit. Of course, some may still come out to contest but my take is such late comers will end up as bench warmers that will end up as runners- up in this race. Reason being, that time is far gone and the field to me, is saturated already with major contenders. At least. I can identify three of these aspirants that cannot be push- over in the gubernatorial primary regardless of who comes out thereafter now.

These are experienced politicians with popularity of no small measures. They have unconsciously set a standard of ‘capability and popularity’ for others to match.

The sincere question for those still nursing the ambition to come out or not, should therefore ask themselves this, ‘Can I defeat any of these major contestants in a free and fair primary? I have heard the argument of a colleague that ‘ egun to ba koko Jo ma woran gbeyin ni’ . He even cited the example of Dr Kayode Fayemi of APC who came out 3 weeks to the primary and won! Laughable!! This is pure ignorance.

For your information sirs, Dr Fayemi owned that exco from the Wards to the State unilaterally from day one. Senator Babafemi Ojudu did all they could to wrestle them from him to no luck as the presidency was firmly with Dr Fayemi. People should embrace reality and stop buying falsehood always.

For those Excos, time will heal the issues surrounding this wound, because, am yet to see how we can build a house on NO foundation and we expect the house to be whole and beautiful. Sure this is not possible. We should allow reasoning and realities to prevail so that all out past and present efforts will not be in vain. In sha Allah.

In summary, please we have a well running PdP as a party in Ekiti State. What we don’t have are the legally acceptable executives to run its affairs as those laying claims to its running are mere pretenders not known to the law. This should not stop the three major groups in the party from preparing its respective candidates for the forthcoming party primary as this idea will allow enough time to market them to the party faithfuls that will invariably determine their faith based on many criteria at the primary.

Like Loading...
Tags
But Without Functional Excos- Omo-Imam Ekiti PDP: PDP Is Functional As A Party from Wards through Local authorities to the state level. it is true that today WE DO NOT HAVE ANY LEGALLY RECOGNIZED PARTY LEADERS It is very wrong for anyone to say that we do not have a party in the Ekiti PDP. However Omo Imam from Igede Ekiti Omo-Imam 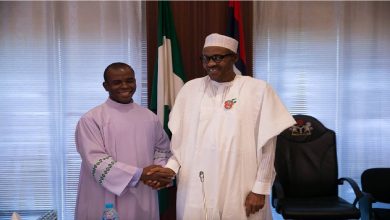 2023: Why Nigeria will end if northerner emerges next President – Mbaka to Buhari 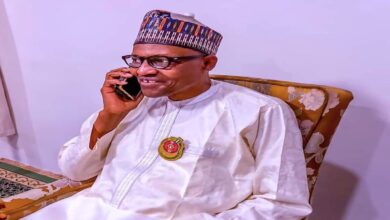