The Kaduna State Government has said one person was killed and four others abducted in the attack on Haske Baptist Church at Manini village, in Chikun Local Government Area.

The gunmen attacked the church about 9a.m on Sunday.

A statement by Samuel Aruwan, Commissioner for Internal Security and Home Affairs, said the government condemned the attack in the strongest terms, but did not indicate measures being taken to secure the area.

On its part, the Police command in the state, said apart from those killed and injured, the gunmen abducted four worshippers.

The command spokesman, ASP Mohammed Jalige, in a statement, described the attack as unfortunate.

“Preliminary investigation conducted so far revealed that four persons are missing which arouse a suspicion that they might have been kidnapped by the hoodlums.

“Consequently, normalcy has since been restored; security has been beefed up in the area with a view to forestalling reoccurrence of the dastardly attack while concerted effort is ongoing to locate the missing persons.

“The Command is deeply saddened by this unprovoked attack on innocent citizens carrying out their legitimate daily routine and commiserate with the affected families,” Jalige stated.

Meanwhile, the Christian Association of Nigeria (CAN), Kaduna State branch, has condemned the attack and called on government to act fast to prevent citizens from resorting to self help.

A statement issued on Sunday in Kaduna by its Secretary, Rev. Caleb Ma’aji, said government must live up to its responsibility of securing the lives and property of all citizens.

“Our hearts are saddened over the sorry security situation in our dear state.

“It has grown so unfortunate and on a daily basis, insecurity continues to grow worst with no appreciable resistance given the unholy terrorist who have continued to hold our dear state and nation to ransome.”

It said that the attacks was a challenge to government to find ways of guaranteeing the security of lives and property of all citizens.

“Our hearts goes to the local church at Manini, the Nigeria Baptist Convention and family members of the deceased.

“We are appealing to relevant agencies and praying for the safe release of the abducted members and indeed all others in captivity.

“We also enjoin all men and women of Goodwill to wake up and do the needful before we are all consumed by the ongoing evil of banditry and kidnapping that has hijacked our country especially Kaduna state,” it added. 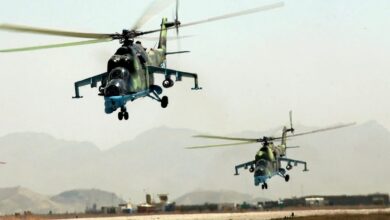