2023 Presidential Election: I will record votes like never before in Nigeria– Yahaya Bello – Globalgistng

Alhaji Yahaya Belo, the governor of Kogi State, boasted that he would win the 2023 presidential election in a landslide never seen before in the country if he received the presidential ticket of the Congress of All Progressives, APC.

But Bello who made the boast during during an interaction session with journalists in Abuja at the weekend said he is more concerned now with ensuring that Nigeria remains one country till 2023.

Nigerian Post reports that the Governor denied that the Presidential ticket of the ruling party, the All Progressives Congress, APC has been zoned to the south insisting that the ticket is a free for all contest.

He said: “There is nothing like zoning in our party. In 2015, there was no zoning; many aspirants, including former governor Rochas Okorocha contested.

“In 2019, there was no zoning; people in APC were not courageous enough to contest with President Muhammadu Buhari.”

Bello noted that “If it’s the will of God for me to become president in this country at the right time, I will be.”
The Kogi governor boasted that he would defeat any candidate he decides to contest against for the 2023 presidency with a record-breaking vote.

“I will record a vote that has never been recorded in Nigeria by the grace of God. But that’s not the issue right now; the issue is there must be Nigeria before we talk of 2023 the governor added.

Globalgistng reported that the Kogi Governor had barely taken his second term oath of office in January 2020, when his posters for the 2023 Presidential poll appeared on the streets of Lokoja, the State capital.

He feigned ignorance of the source of the posters then warning the unknown initiators not to distract him from delivering on the promises of his second term mandate.

But since then, he has not relented from projecting the Aso Rock ambition. 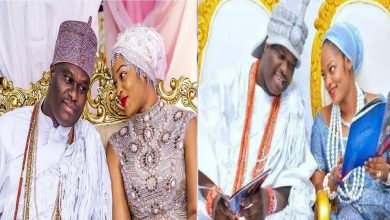 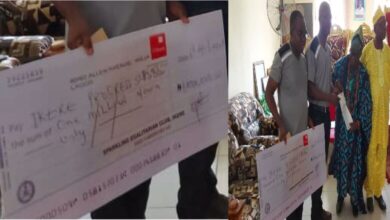 Group raises N1m for the development of new University in Ekiti