Leicester City Midfielder, Wilfred Ndidi was seen asking his team mate, Kelechi Iheanacho to cut soap for him after they defeated #Southampton yesterday.

Kelechi Iheanacho goal was the goal that sent Leicester City to the FA cup after 52 years.

Also, Kelechi Iheanacho is the first Nigerian player to score 15 goals in a season in all competitions for a Premier League club since Odion Ighalo scored 17 in 2015/16 for Watford.

Ndidi was spotted asking Senior man, Kelechi to cut soap for him and which kind of soap is he using. 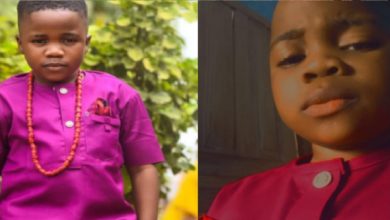 15-Year-Old Boy Declared Missing! Have You Seen Him?