You will recall that the Oba Ademola Ajakaiye U13 football competition came to an end last week and its been followed by various celebration and events as the kids from Ikole Local Government emerged runner up.

The Executive chairman of Ikole Local Government Hon. Prince Sola Olominu after receiving the kids in office and hosted them in a grand style has also today 8th of April 2021 relinquish his seat and confer the position to honour the dazzling star who was the MVP( most valuable player) at the maiden event.

This adventure is to instill confidence, moral support, courage and mental stability to aiming football talents giving them the hope and assurance that with your skills and God’s giving abilities, there is no limit to what you can achieve.

While acting as the chairman, Hon Ebenezer performed his responsibilities by visiting some industries garri processing factory, palm oil extracting industry, the neighborhood market, Eleyowo market, the general hospital, the Ikole Divisional Police headquarters, seeking how to be of help to them, he was also at the Ikunri market too where traders and buyers welcomed him glamorously.

Executive meeting was held with his parents and where advised on how to give maximum support to the kid to make him remain at peak.

Ebenezer is gorgeously dressed in his regalia courtesy of the Vice chairman Hon Ojo Abass, his black Italian shoes credited to the Secretary of the council Prince Michael Ogungbemi and all Educational support for him and the other best 2 players shall be followed up by the Local Government to see him fly higher in brighter colors in the years to come.

Such gesture will continue as the Chairman has promised to honour the students in the coming JAMB and WAEC with a day Chairman to further encourage them at what they are good at and also promised his full support for the forthcoming Prof Oyebode under 15 cup. 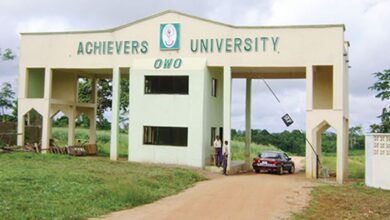