He said they should look for hijab-wearing schools their children can attend.

The Nation had reported that 10 schools were shut down by the Kwara State Government in February over the crisis on the wearing of Hijab (Islamic headscarf) by Muslim female students.

But according to reports, the schools resumed on Monday.

Last week, students and teachers entered the school with violent resistance especially at Baptist Secondary School, Surulere and Cherubim and Seraphim College, Sabo-Oke in Ilorin where Christians and Muslims clashed.

Speaking on the situation in a viral video obtained by The Nation, Oyedepo said: “It is such a nasty development in Kwara state where Muslims are asking their students in our schools to wear Hijab, and the church said “no”

“I have never seen a place in my life where a tenant will be decreeing for the landlord…you know the reason why? We have never shown the world the other side of God.

“Leave the schools for the owners, go to your schools, is there any fight? Stop putting fingers in the eyes of others.

“The church is a time-bomb when God turns his back on anybody or any system, that system is grounded.”

“My advice is, leave the schools for the owners, find your schools…men and women can wear hijab there.. Stop putting your fingers in the eyes of others when they are not blind. 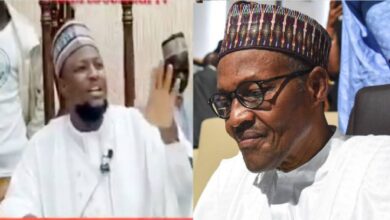