Ekiti State Governor Kayode Fayemi has said those calling for the secession of the Southwest from Nigeria are doing so out of frustration.

Reacting to the development on Monday, Ondo State Governor Oluwarotimi Akeredolu said his state would not secede from Nigeria.

The governor described advocates of Oduduwa Republic as politicians who had lost out in the power struggle.

He said no part of Ondo State would allow any gathering or agitation that might suggest that the people supported what he called “unthinking rabble-rousing”.

Expressing his view on the matter in an interview on Tuesday with Arise Television, Fayemi said irrational responses are expected when a society becomes agitated.

“Frankly, when you have stress and laxity in the society, you’re bound to find a whole range of responses. Some rational, some irrational, some that speak to the fears of the people, some opportunistic and harebrained. There’s no question that some of the reactions we’ve seen will fall into all of those categories,” he said.

The governor expressed optimism that the country would overcome its challenges, adding that those calling for secession were doing so out of frustration.

He also said the government may need to look into better ways of managing the nation’s diversity.

“I have gone on record to say that I have unfailing optimism that in spite of all our challenges, this country will triumph and we’ll survive the current challenges. We as leaders must focus on the goal of protecting lives and property and focus on safety and security as the primary responsibility that we have.

“The people who are talking about secession, frankly, I don’t think that’s the solution to the Nigerian predicament right now.

“In matters of economic development, we may need to begin to look at other ways of managing diversity and differences in our country and that devolution of power is an idea whose time has come,” Fayemi said. 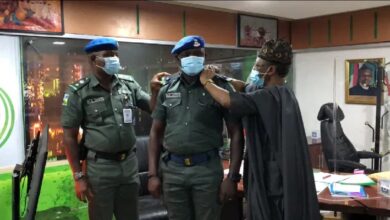 My Orderly Is My Informant-Lai Mohammed reveals