Former Ekiti State Governor Ayodele Fayose says Nigerians are interested in real solutions to the country’s socio-economic problems, rather than a few meetings between President Muhammadu Buhari and “political wanderers” and “recycled politicians.”

Fayose, who stated this via his verified Twitter handle on Monday evening, made a veiled reference to a meeting the President had with former Ogun State Governor, Gbenga Daniel; and former Speaker of the House of Representatives, Dimeji Bankole.

The PUNCH had reported that Buhari met the two politicians in Aso Villa, Abuja this afternoon. Daniel and Bankole, both from Ogun State, recently defected to the ruling All Progressives Congress.

Reacting, Fayose, who is a chieftain of opposition Peoples Democratic Party, said, “Nigerians are not interested in the president receiving political wanderers in the Villa. They are more interested in their well-being, especially security. They want to see a president who is proactive in handling affairs of the country, rather than receiving recycled politicians.

“Most importantly, Nigerians are not interested in how many politicians that decamp to APC, which is already a dead party. The president should rather make himself available to Nigerians who can help solve our unending financial and security challenges amongst others.

“Above all, I wish the president knows how disappointed Nigerians are about him and his failed promises.” 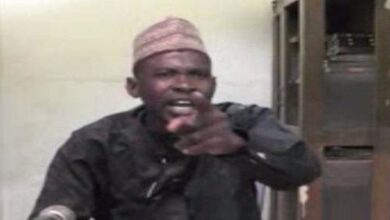 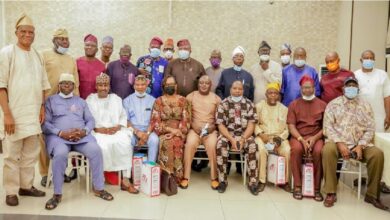