Bandits suspected of being political thugs invaded the Ado local Government area of Ekiti State on Tuesday, causing pandemonium in the Council Secretariat.

It was reported that thugs invaded the secretariat when some advisers arrived at the council to begin the impeachment process of Chairman Omotunde Fajuyi on charges of arrogance, incompetence and gross misconduct.

The hoodlums who stormed the venue of the Secretariat in a gestapo manner on the alleged order of the council boss humiliated the staff and councillors in the presence of security operatives.

It was learnt that the executive arms led by Mrs Omotunde Fajuyi and the councillors who constituted the legislative arm have been at loggerheads for long.

An eyewitness who spoke on condition of anonymity said “that the invasion led to a free for all fight as some of the staff and councillors who sustained varying degrees of injuries repelled the attack.”

When journalists visited the council the Secretariat was deserted with all its door opened.

Dispelling the allegation that she was the sponsor of the crisis, the Chairman of the Council, Hon. Omotunde Fajuyi, said she was at the office when she noticed that there was a stampede, which made the staff to run in different directions.

Fajuyi stated that she immediately came out and inquired while the staff were fleeing, but clarified that nothing was seen.

“I was in my office sitting quietly and working when I noticed that the staff were running in different directions. I asked why, but nothing was seen.

“Though some of my staff said some hoodlums invaded the local government, but I couldn’t see anything that could substantiate that claim.

“I thereafter called on the police to beef up security in the area, which they did. They have restored orderliness and I was there with them throughout the time and I saw nothing that suggested that someone was out to trigger any crisis.

“I am now at the governor’s office trying to make report and I will also visit the House of Assembly after leaving here. But let me clarify that hoodlums didn’t invade my council. It was a lie from the pit of hell,” she said.

Meanwhile, the Nigeria Union of Local Government Employees (NULGE), Ekiti State chapter has directed its members to stay away from the council until further notice.

The State Publicity Secretary, Gbenga Ogunjobi said the directives became imperative following the break down of laws and order which led to humiliation of the union members in the hands of hoodlums.

“In view of the fracas that broke out today in Ado council, the Union has announced the closure of the local government till further notice when the security of lives and properties of our staff would be guaranteed. 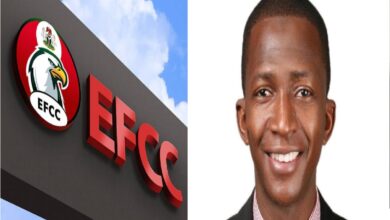 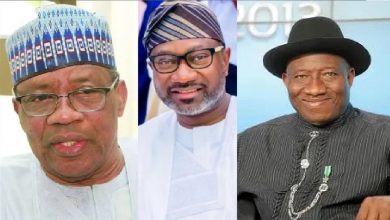 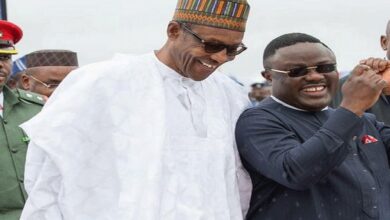