Babatunde Fashola, a top-tier member of President Muhammadu Buhari’s cabinet, has been interrogated by the EFCC over corrupt practices tied to his questionable asset declaration and an ongoing probe of Babatunde Fowler, the disgraced former chairman of the FIRS.

Fashola was called in for questioning after detectives were tipped off about his involvement in Mr. Fowler’s loot during his days as the head of Lagos Inland Revenue Service and most recently at the FIRS.

The EFCC also wrote to the Code of Conduct Bureau seeking the former Lagos governor’s asset declaration documents in order to further establish another phase of the investigation.

Mr. Fashola strongly denied all charges of corruption as presented to him by the EFCC, urging officials to ensure a thorough investigation of the matter before dragging his name into it, officials said.

There was no immediate indication that Mr. Fashola, whose career in politics has flourished for two decades without the perception of greed and graft, will be arraigned for corruption anytime soon, officials said. But flagging him as a potential target for charges underscores raging concerns over what appeared to be a deliberate targeting of South-West politicians ahead of 2023 presidential election battle.

The detectives provide information on the condition of anonymity for want of authorisation to discuss an ongoing investigation with the Gazette.

Mr. Fashola’s visit to the EFCC towards the end of 2020 has been kept entirely secret until now. Even then, little has been uncovered about the overall nature of the investigation, and specifics of what the works minister was accused of are still fuzzy.

But the mere summoning of a top administration official who handles a key ministerial position prompted suspicion amongst anti-graft officials that a cabal of other appointees and associates of the president may be seeking the former Lagos governor’s rapid fall from grace in order to delist him from 2023 presidential equation of the ruling APC.

It also signals the rising and uncurbed influence of Abubakar Malami, Mr. Buhari’s clumsy attorney-general now seen as the de-facto commander of national affairs. Mr. Malami has been thought to be hatching a plot to raise a mercenary that will cut South-West politicians to size before the primary season opens next year.

“There is no one at the EFCC now that does not realise that the AGF is in charge,” an official said. “Most of the matters we are being asked to look into now are about people the AGF has not been so friendly with and working to bring down before 2023 primary exercise of the APC.”

Already, Mr. Malami has been blamed for EFCC’s ongoing corruption investigation against Mr. Tinubu, Mr. Buhari’s key benefactor who now sees himself as the front-runner for the ruling party’s 2023 presidential ticket.

Mr. Malami has denied being in control of the EFCC, but admitted nominating scandal-plagued Abdulrasheed Bawa to lead the anti-corruption agency. Following the Gazette’s report that Mr. Tinubu was under investigation, Mr. Malami went on television to assert the powers of both EFCC and CCB to probe the former Lagos governor.

“The EFCC and Code of Conduct Bureau are all statutory bodies that are vested with statutory powers to act within the context of the laws establishing them,” the attorney-general said, even though neither the EFCC nor the CCB has publicly commented on the charges against Mr. Tinubu.

For two weeks, both Mr. Fashola and his spokesman declined comments from the Gazette for this story. But a person close to the minister told the Gazette he distanced himself from both allegations of asset fraud and connivance from Mr. Fowler.

Mr. Fowler was handed a disgraceful exit from office in late 2019 after Mr. Buhari caught wind of his lavish lifestyle said to have been funded with suspicious loot during his years as the head of the FIRS.

Mr. Fowler was the head of FIRS when Mr. Fashola was Lagos governor between 2007 and 2015. Both later became appointees of Mr. Buhari following APC’s presidential election victory in 2015. But as 2023 draws closer, desperation has mounted amongst loyalists of the president and those suspected to be close to Mr. Tinubu from the South-West.

Since mid-2020, the EFCC has been probing Mr. Fowler, and he was reported to have mentioned names of several politically-exposed individuals as his collaborators.

In December, the Gazette exposed how the FIRS under Mr. Fowler transferred N840 million to Isa Funtua, a friend of the president’s. Several officials said Mr. Fowler was at some point desperate to be friends with powerful individuals close to the president but ultimately lost his scheme to be retained as the head of the country’s tax office.

But Ken Eluma Asogwa, an APC strategist, said Mr. Fashola’s investigation could further divide and distract the Buhari administration, seeing it first as a political witch-hunt by the attorney-general.

“You cannot write off politics from this, giving that gladiators are warming up for 2023” Mr. Eluma Asogwa said. “But this is what we’re talking about running a parallel government and it is time for Malami to be cautioned.”

The Abuja-based lawyer and political analyst said the attorney-general should have allowed the EFCC to tender any evidence of wrongdoing against Mr. Fashola before the president, rather than allowing the minister to be humiliated.

“Fashola is still a member of the president’s cabinet and the president could have acted on intelligence to fire him by now if it is true,” Mr. Eluma Asogwa said. “Malami is using the EFCC to hunt and smear his political enemies and that should never be the primary function of a sensible attorney-general.” 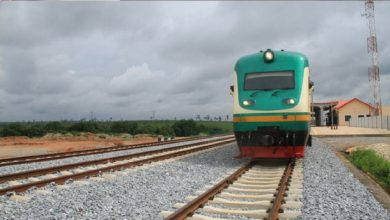